The drive from Wauchope to Maitland Showground was along the Pacific Motorway through forests for most of the journey, an easy drive that seemed over before it started.  Once set up I drove to see a water tank at Coal Point on Lake Macquarie, about 40 Km away.  The artwork was only in a band around the bottom of the tank, but it was well done.  I was lucky to be able to stop and ask a trail bike rider for directions, as the best way to get to the tank was from a different street, rather than the one listed on the website.  As you approach the tank this is what you see, the glimpse encouraged me to keep climbing up the hill. 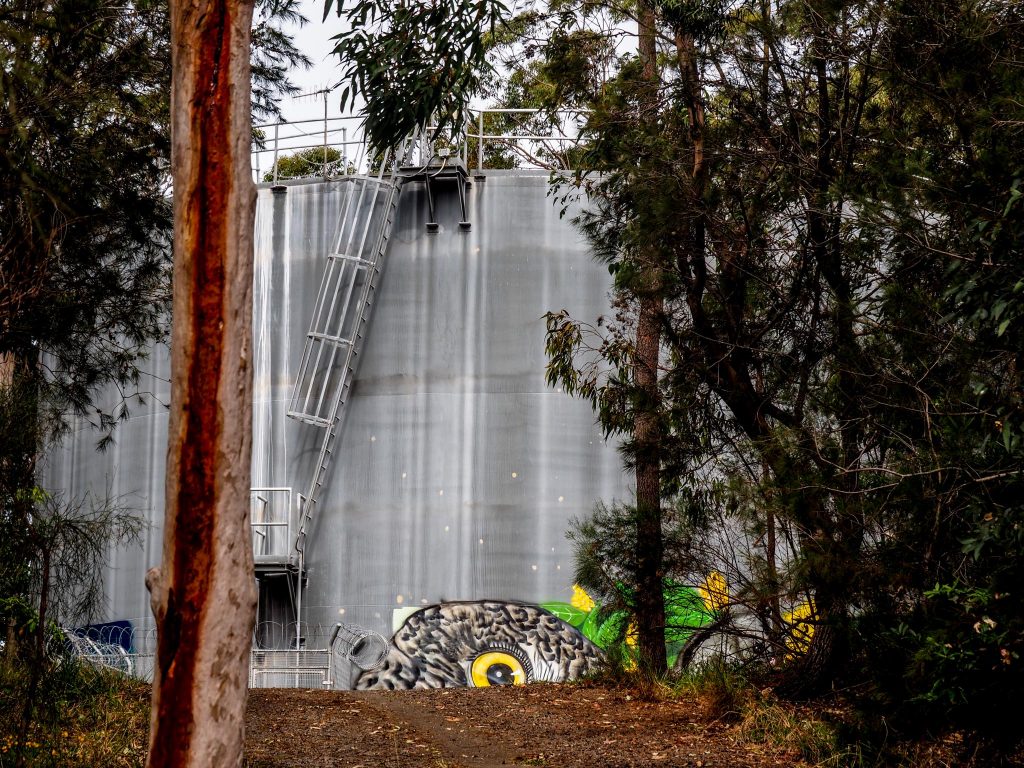 I especially loved the owl, but the possum and lady bird were well done as well.

The back of the tank was more like artistic graffiti, but well done and colourful.

The side of the tank had a bird theme.

On Wednesday I went to Kurri Kurri to see their street art, sorry, should say murals, that is what the locals like to call them.  There are lots to see within easy walking distance of the centre of town and an amazing variety of subjects.  The town emblem is a kookaburra so every mural has a kookaburra somewhere in the painting, although I could not find a kooka in a few of them.  So, in order of my viewing, this is what I saw, appropriately the first into view was the town emblem. 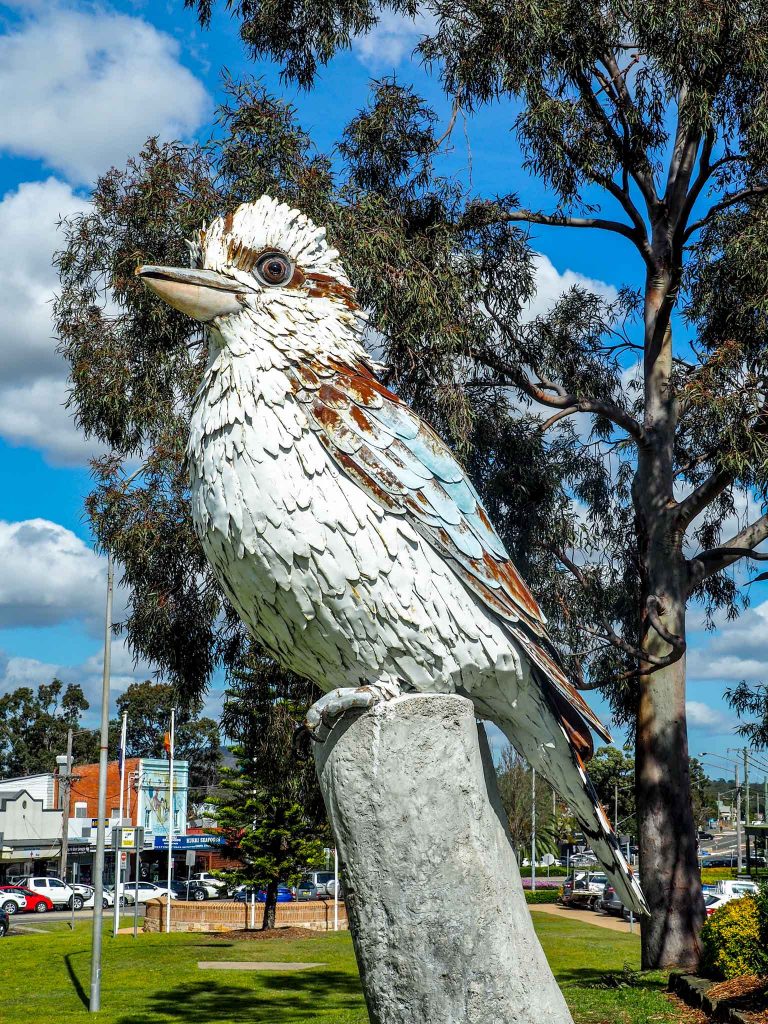 Then came the toilet block, I take a risk here because have already copped some flack about taking photos of ladies toilets!  The kooka is in the second mural. 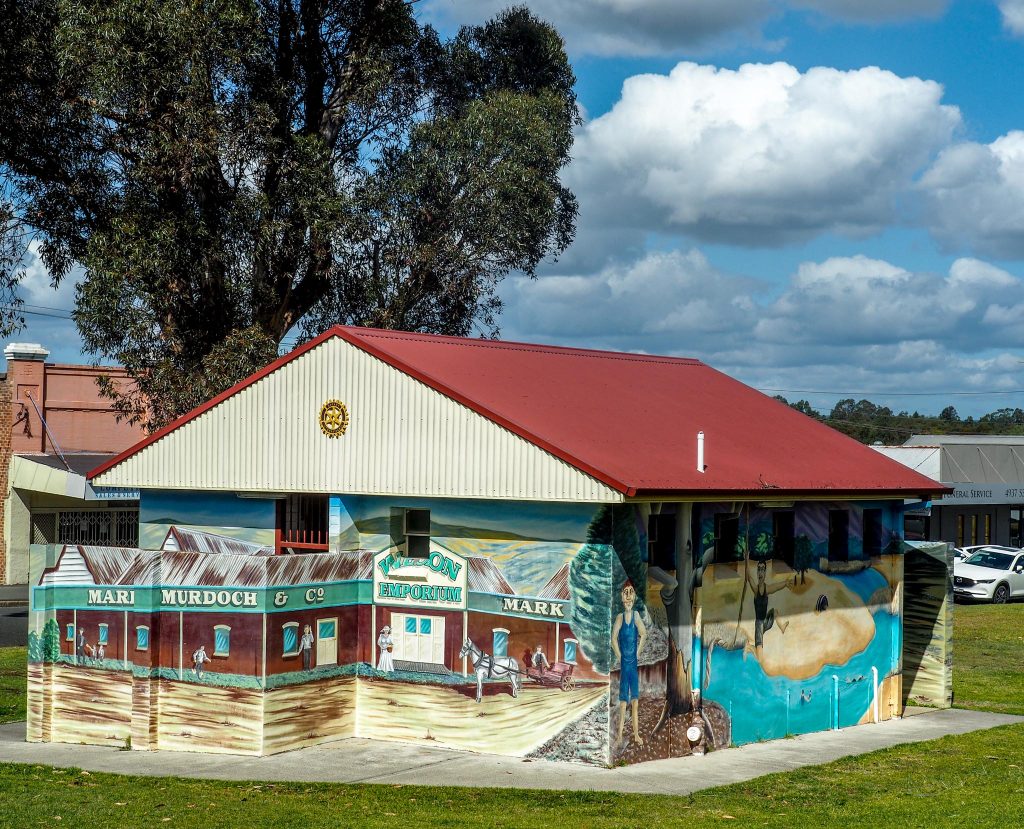 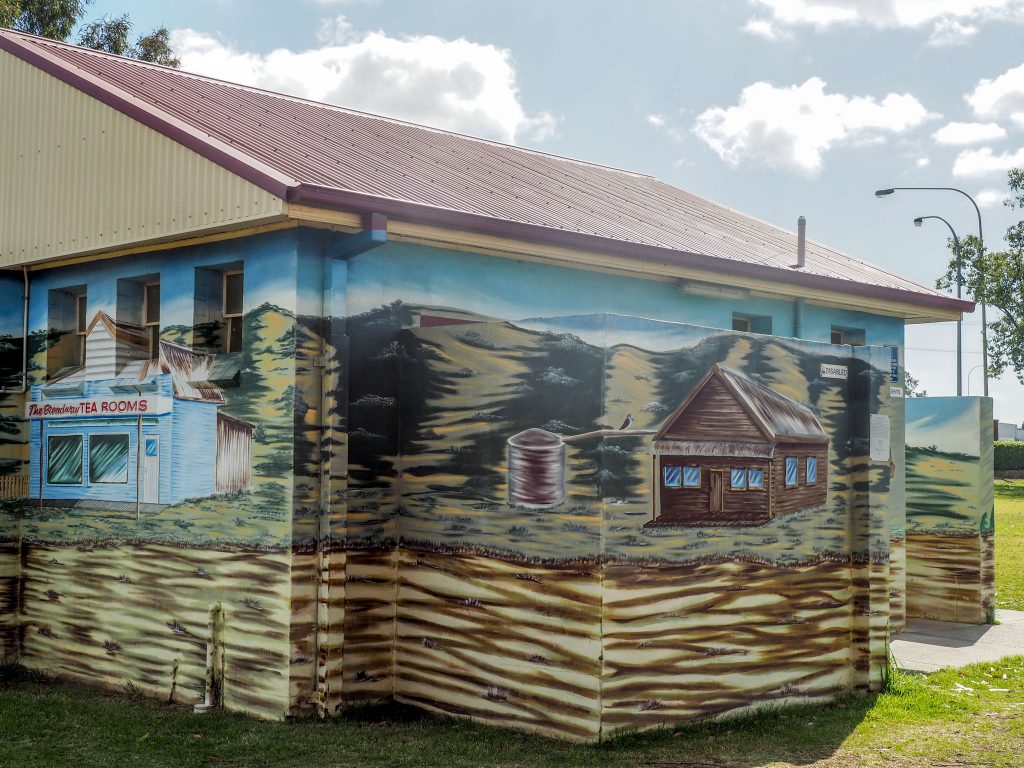 The school walls had murals painted on them, but they were hard to photograph, but here is one painted by the kids. 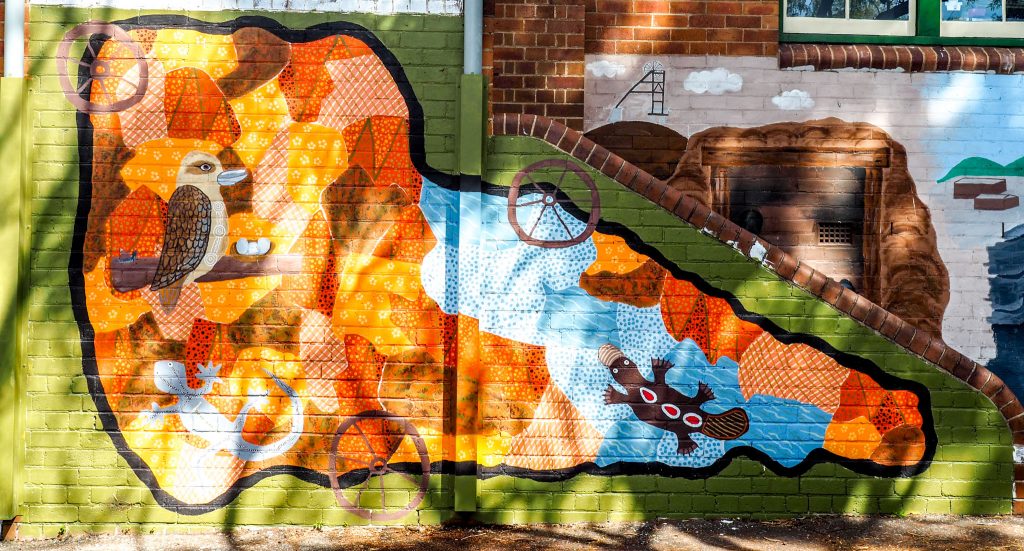 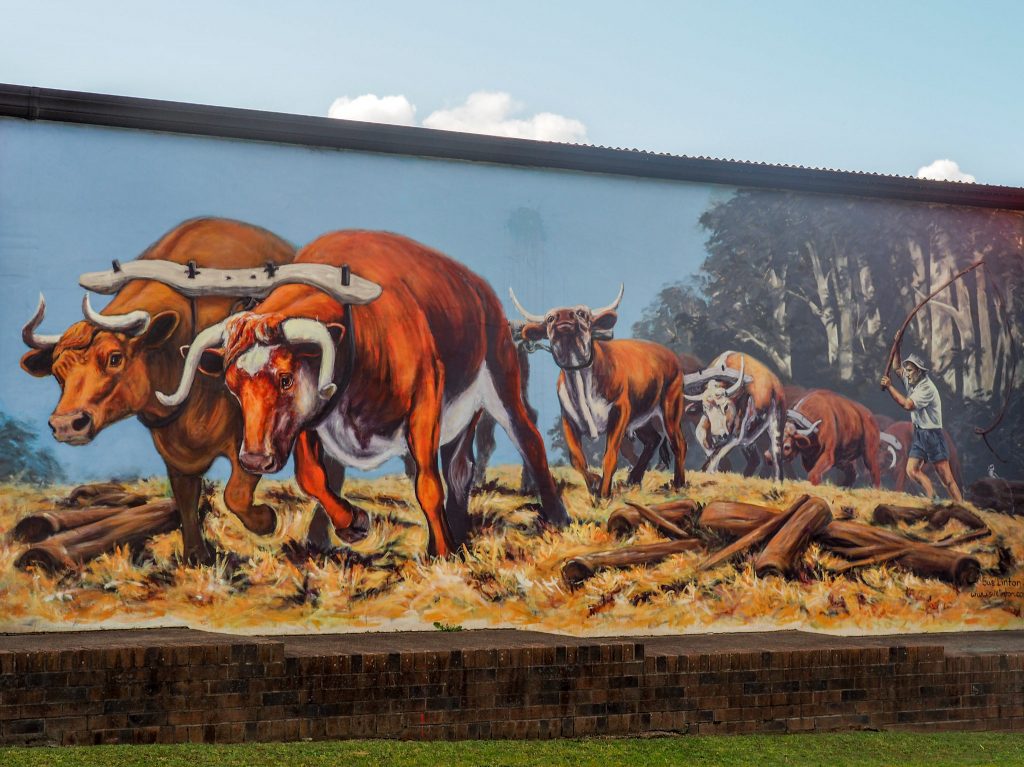 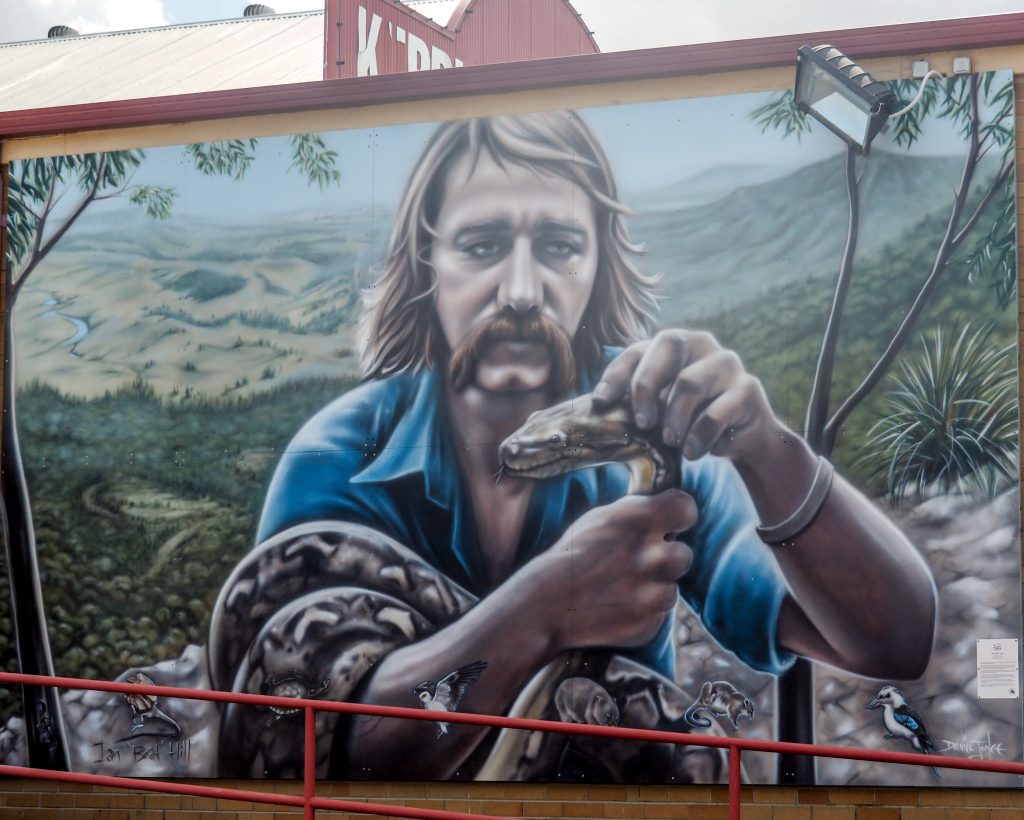 Good to see the proper use of an apostrophe. 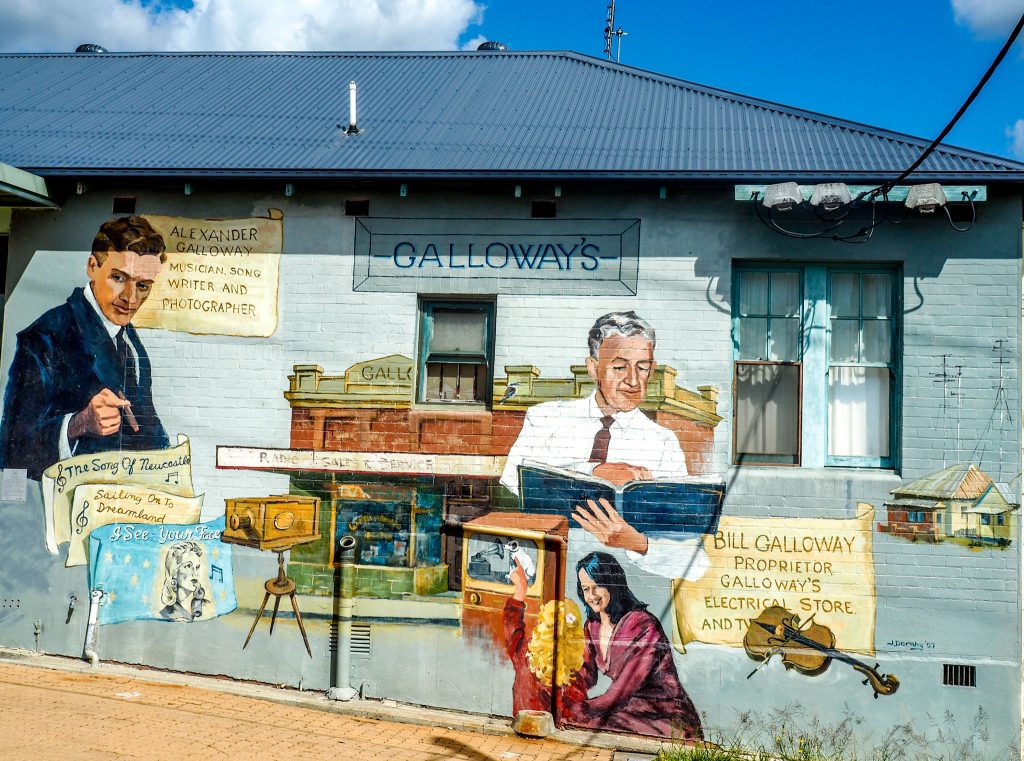 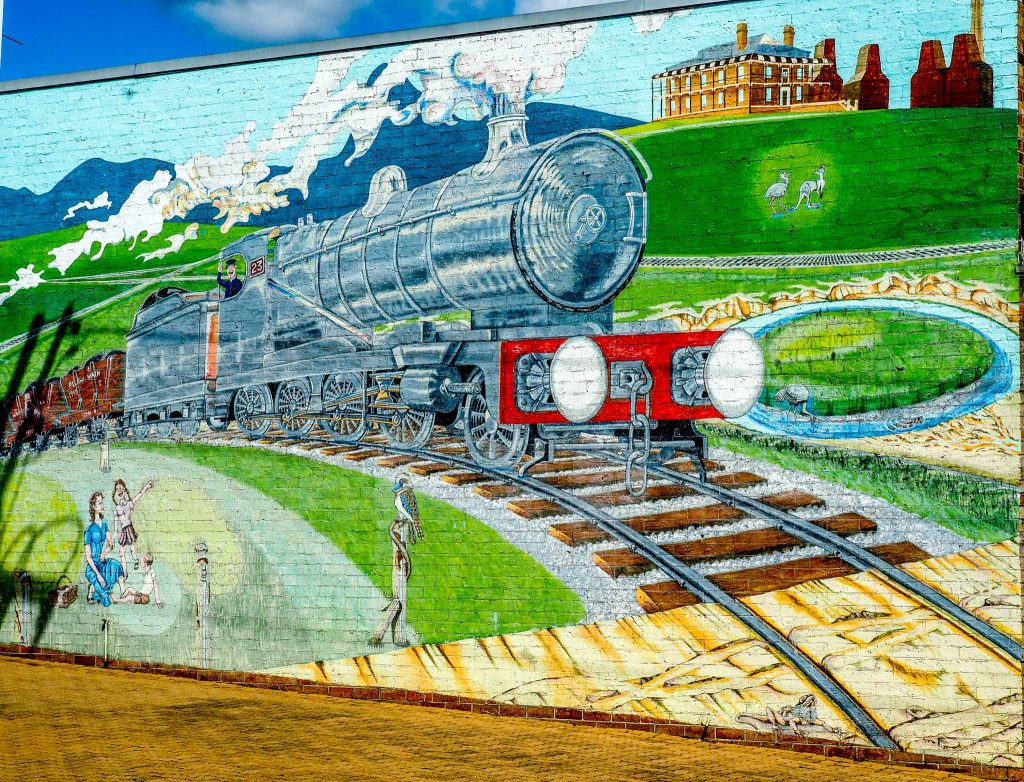 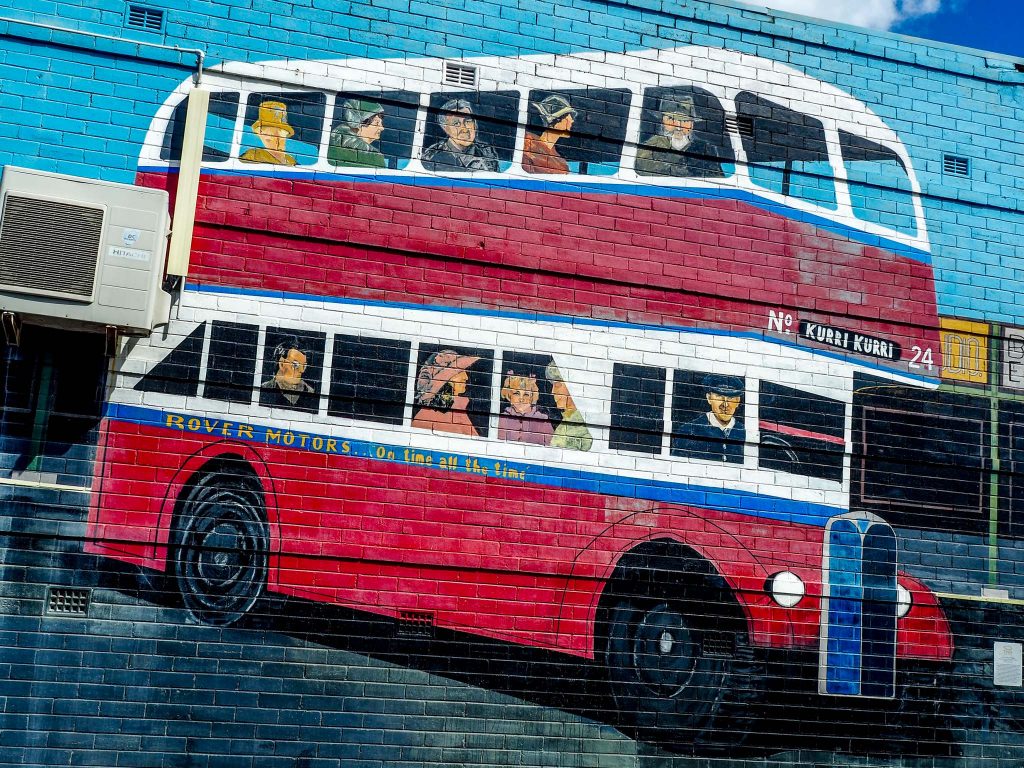 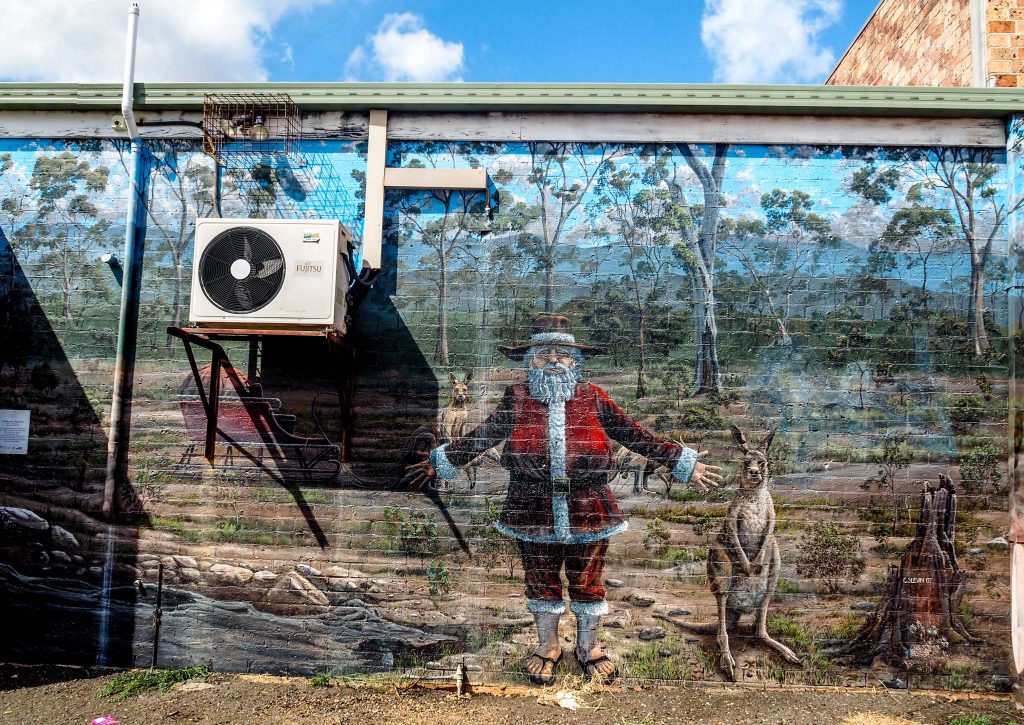 The firemen mural is on the side of the fire station and has flames coming out of all the windows, I could only capture the main part of the mural. 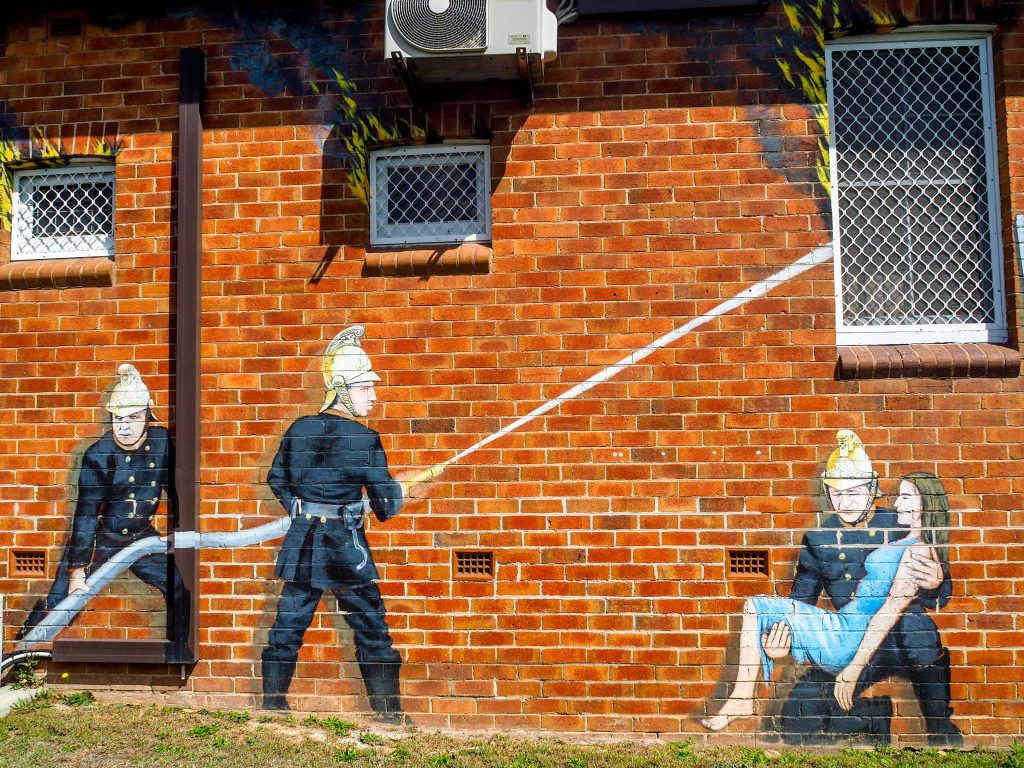 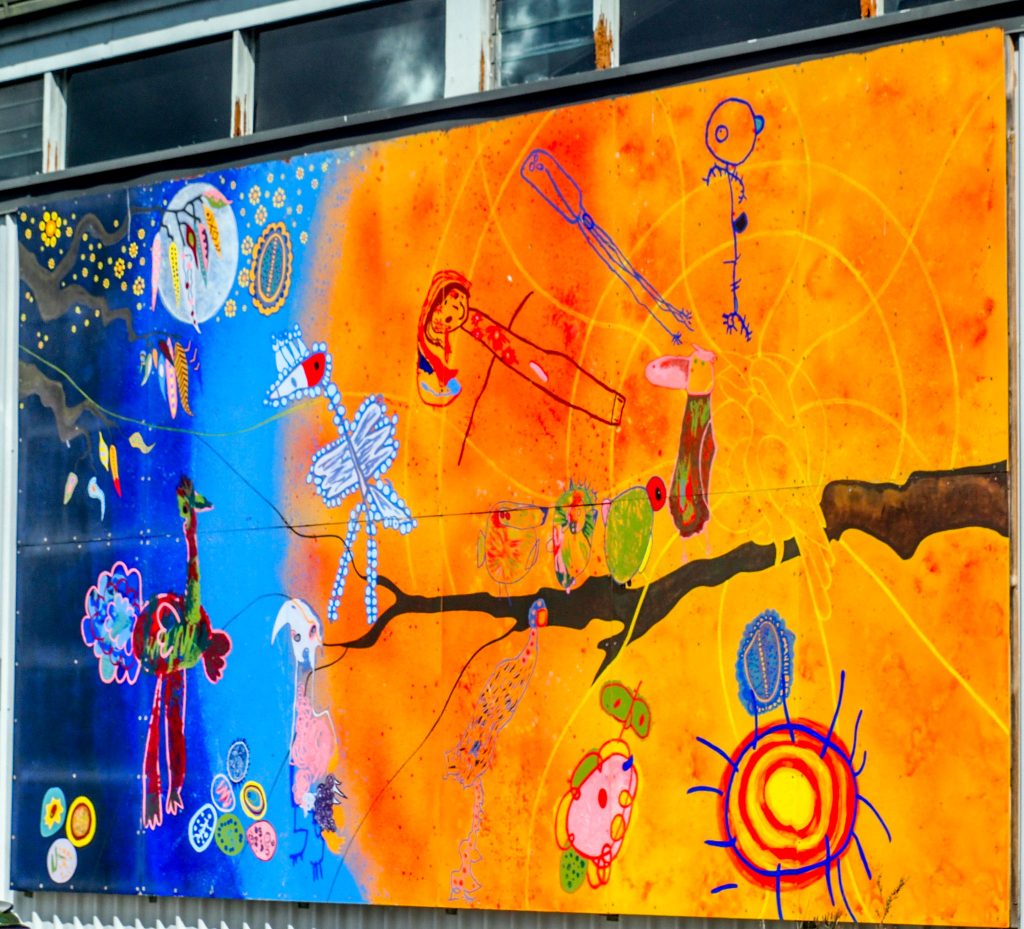 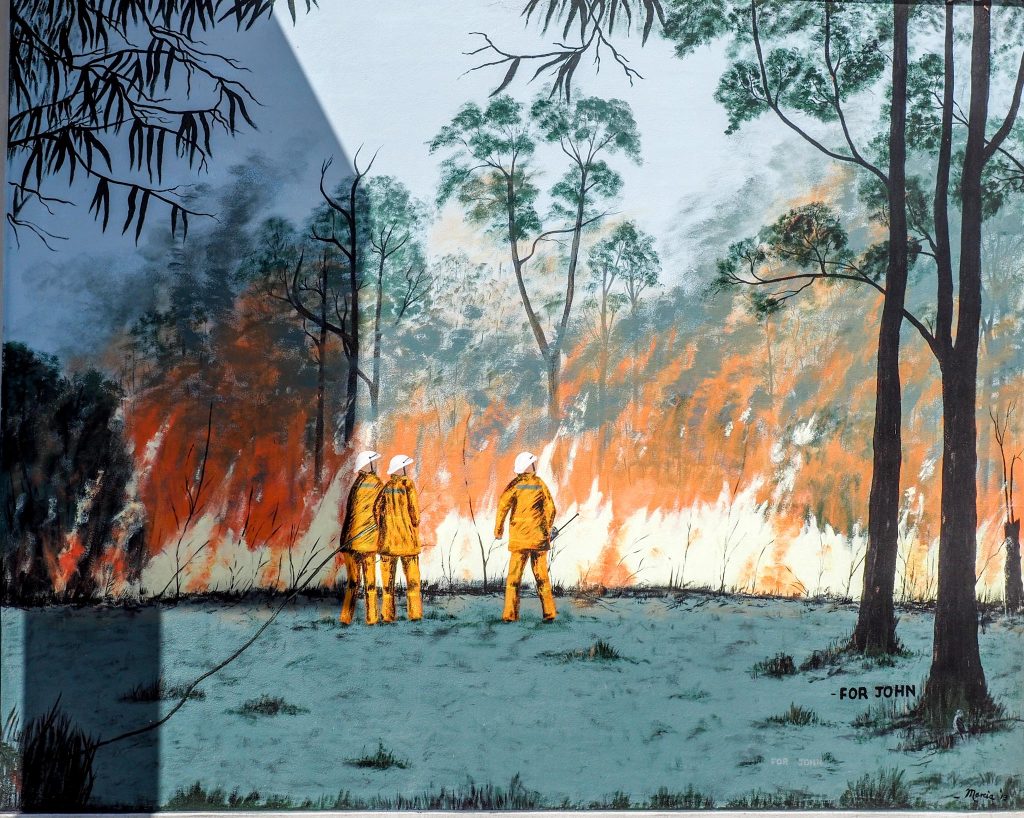 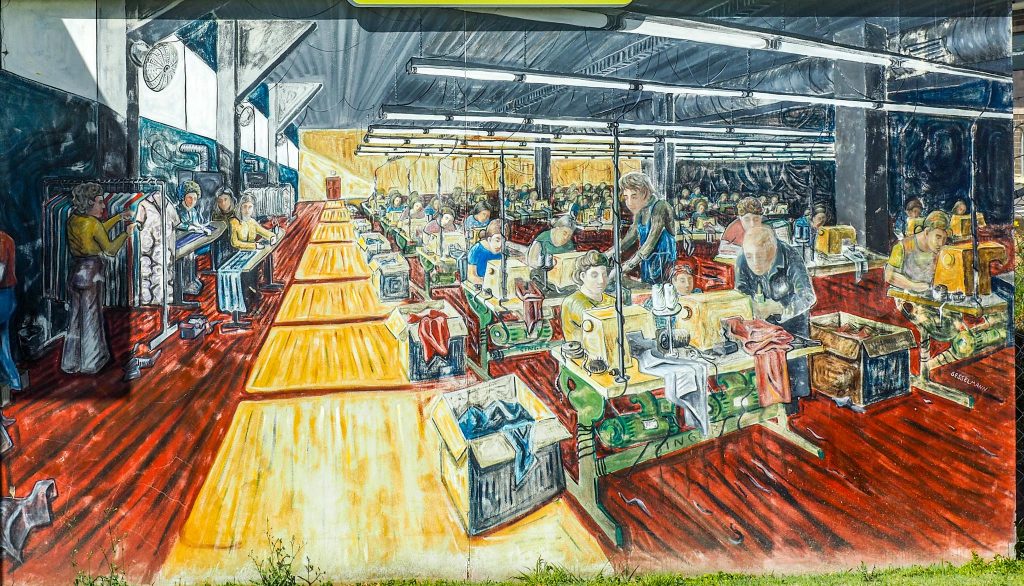 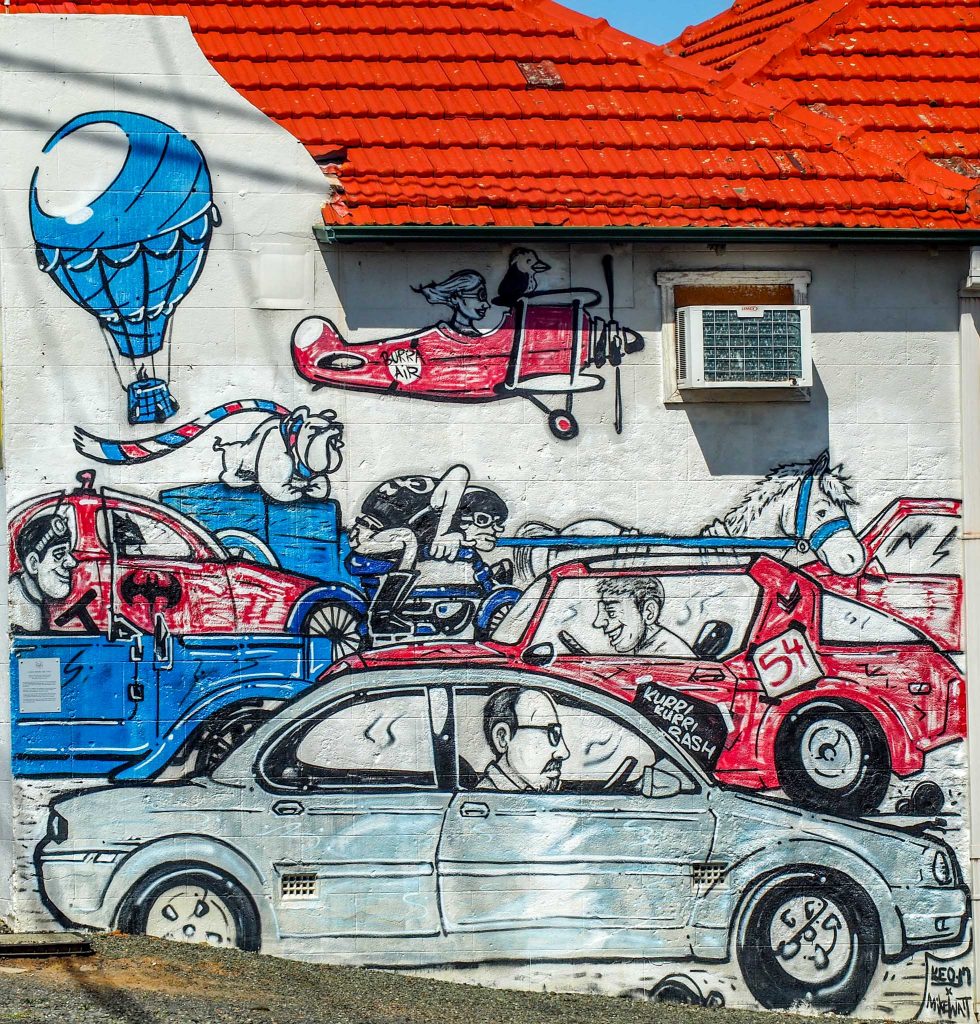 Car 54 Where are You 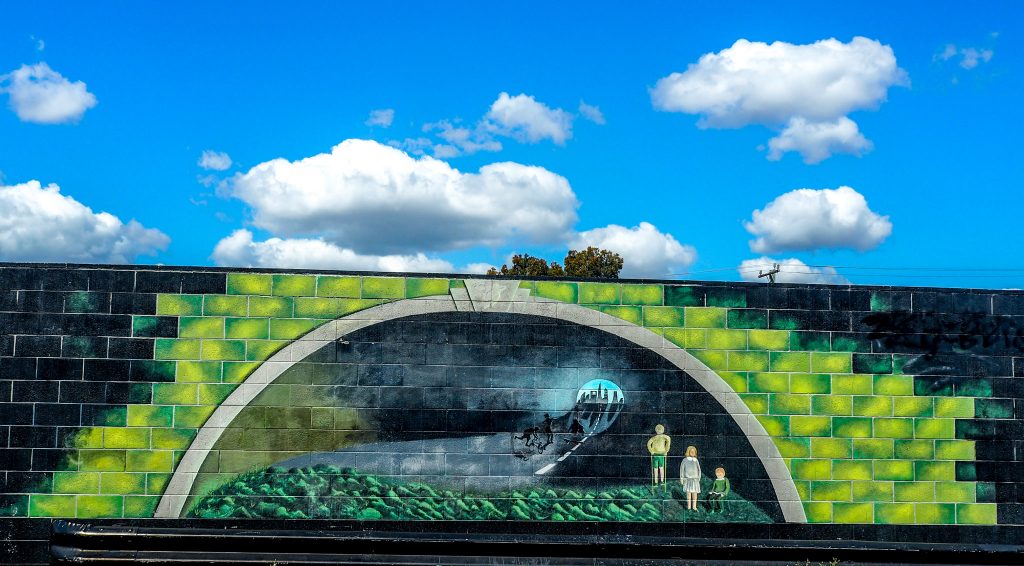 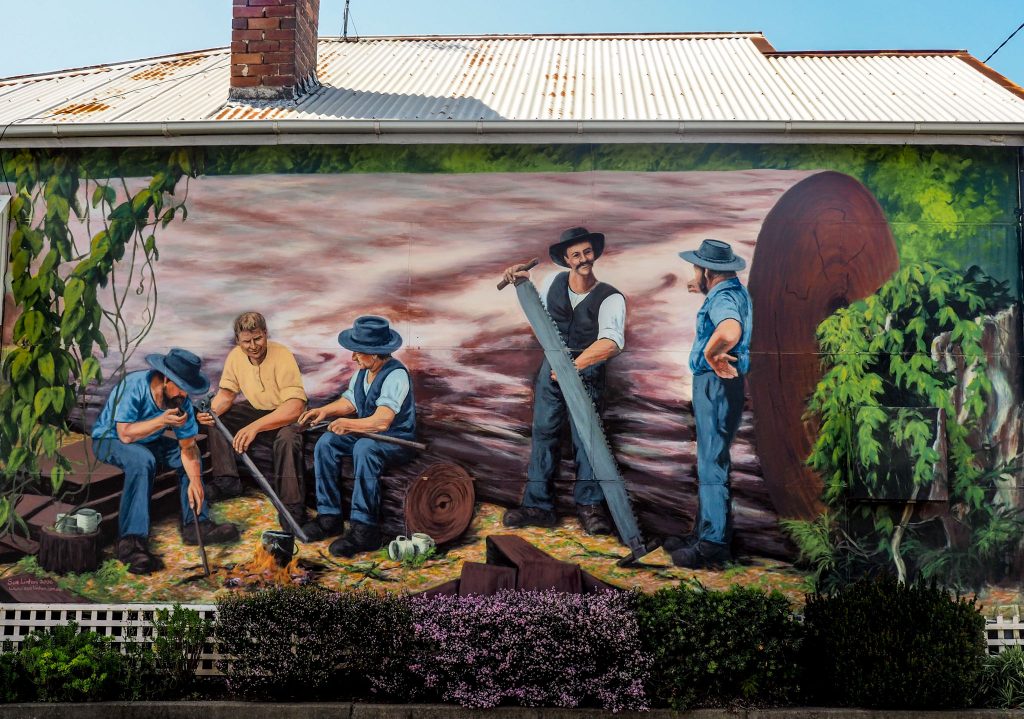 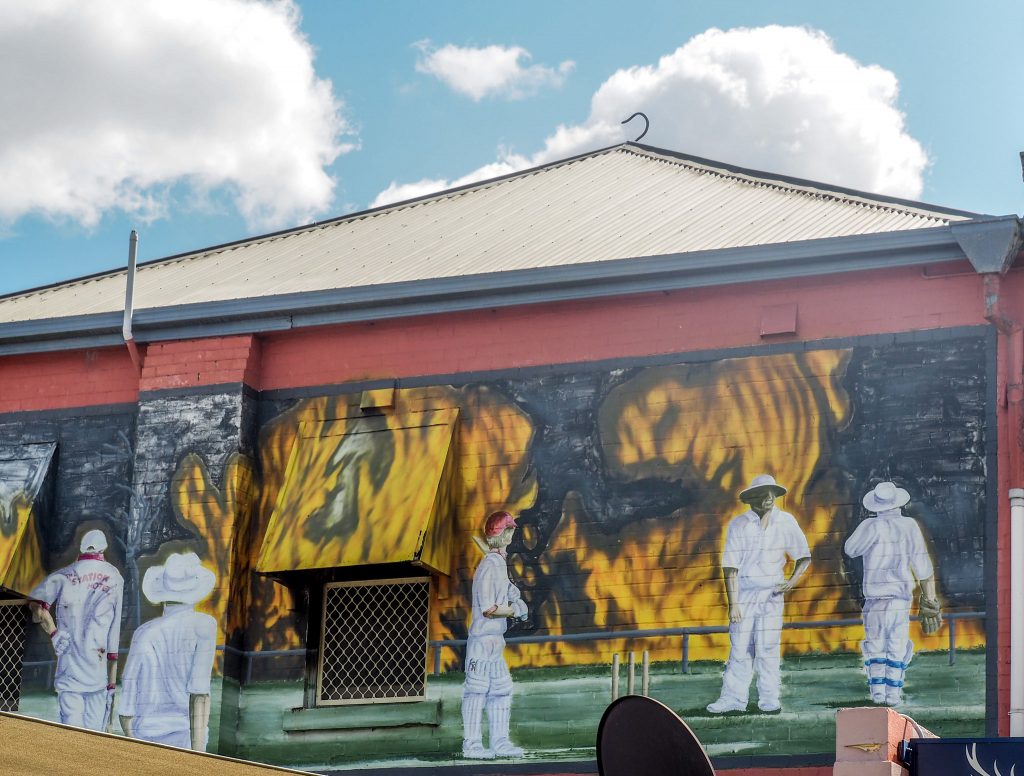 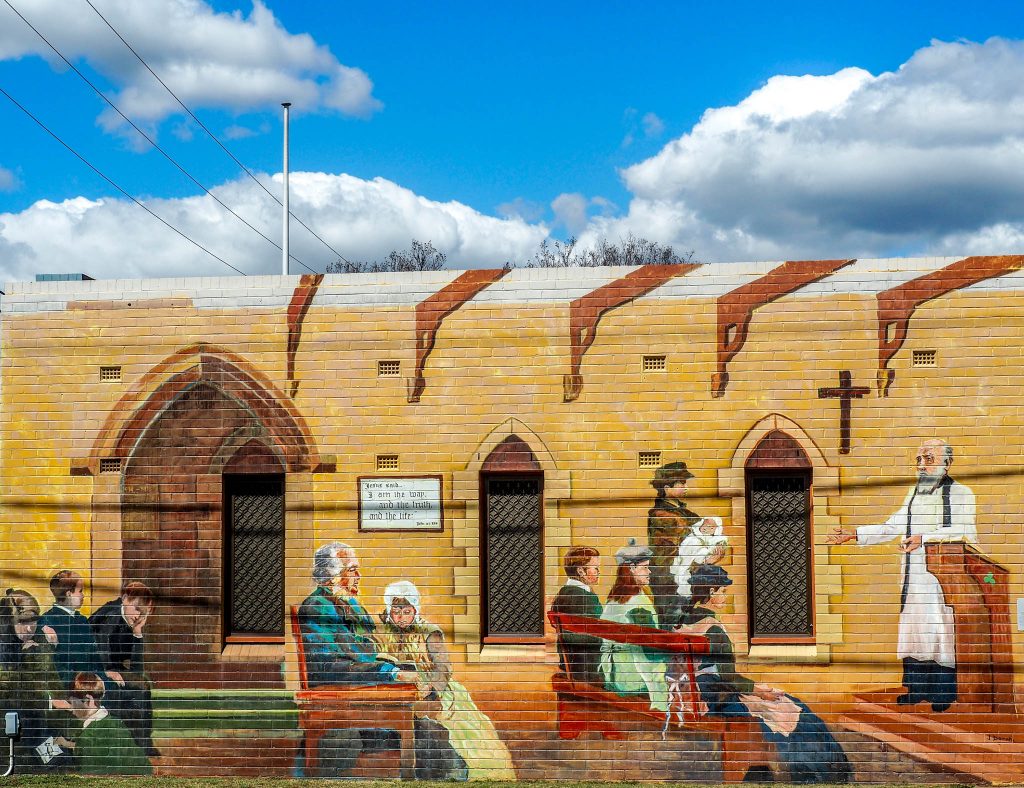 So that is the best of the Kurri Kurri murals, well worth the visit.  Tomorrow I am off to Richmond in the west of Sydney for a few days and then I will start moving down the coast toward home.