I had an early start on Wednesday (15th), I went to the toilet and misread the time, started to have a wash and realised it was 5.20 not 6.20! Anyway I had slept for 8 hours already so I kept going and left the camp at 5.50. It was a bit traumatic as the diesel heater failed when the temp was only 7 °C so it was cold in and out of the van, with 3 °C outside. I think there is a foreign object in the fuel line or the diesel has dropped its wax and blocked the fuel pipe. Either way it looks like cold starts or power sites from now on. It’s not the sort of thing to play with while on holidays, especially without the Internet to assist.

As evidence of the early start I took a picture of the dawn from beside the road on the way. 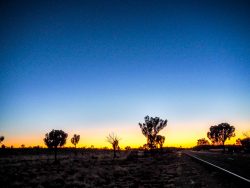 On the way to Kings Canyon I passed Mt Connor again, a panorama this time.

About 30 Km from Kings Canyon there is Kathleen Springs and a delightful 2.5 Km round walk into the spring. The walk travels through a fairly wide gorge, not too high, around a few bends until you get to the spring, which is a pool of water set among trees. 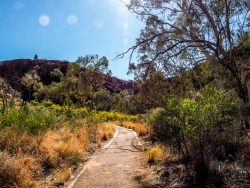 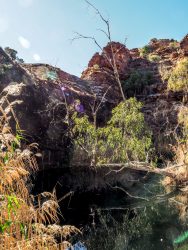 On the way you pass some old cattle yards that were built in 1962, the yards and a fence formed a barrier across the gorge and the cattlemen would drive the cattle through a spring-loaded gate and they would be caught. The tall pole on the left is all that remains of the gate. Cattle were only introduced here in the 1890s and only put in this valley after rain when there was good grass.

The aborigines used to do similar; they would wait until animals were drinking at the pool and then form a line across the valley and spear at their leisure. They inhabited this area for 20,000 years and it was a refuge in dry seasons. As evidence of their occupation, there was a grinding stone alongside the path. 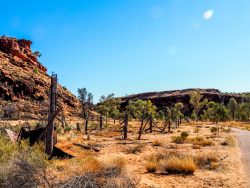 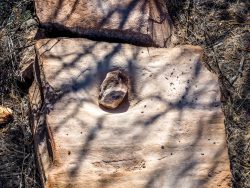 There were a few pretty wildflowers near the pool so I took photos of a couple. 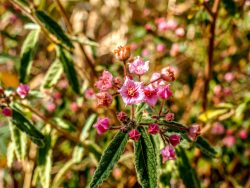 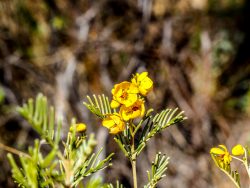 The road was good all the way and I was glad I had booked a power site given the heater problem. Power sites are $25 here, a bit better than $50 at Uluru. I have a good site under plenty of shade, which is good as tomorrow is going to be 28 °C. The view from my campsite is straight to the George Gill range which contains Kings Canyon, it is a wonderful outlook. The bluff at the end of the canyon in the picture is where you climb hundreds of steps to get to the top of the canyon, almost straight up the bluff. 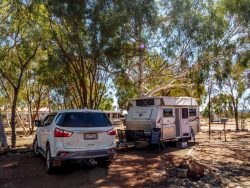 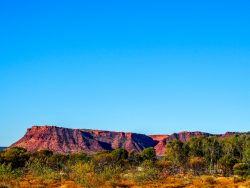 And then along came sunset, what a stunning spectacle. Reds, oranges, browns, purples, mauves, they were all there. I along with most people in the campground lined the fence and watched. You just had to take photos as it changed by the minute. It was breathtaking. I have included the best photos below. I put them in large size to do justice. Guess where I will be tomorrow night and the next night! 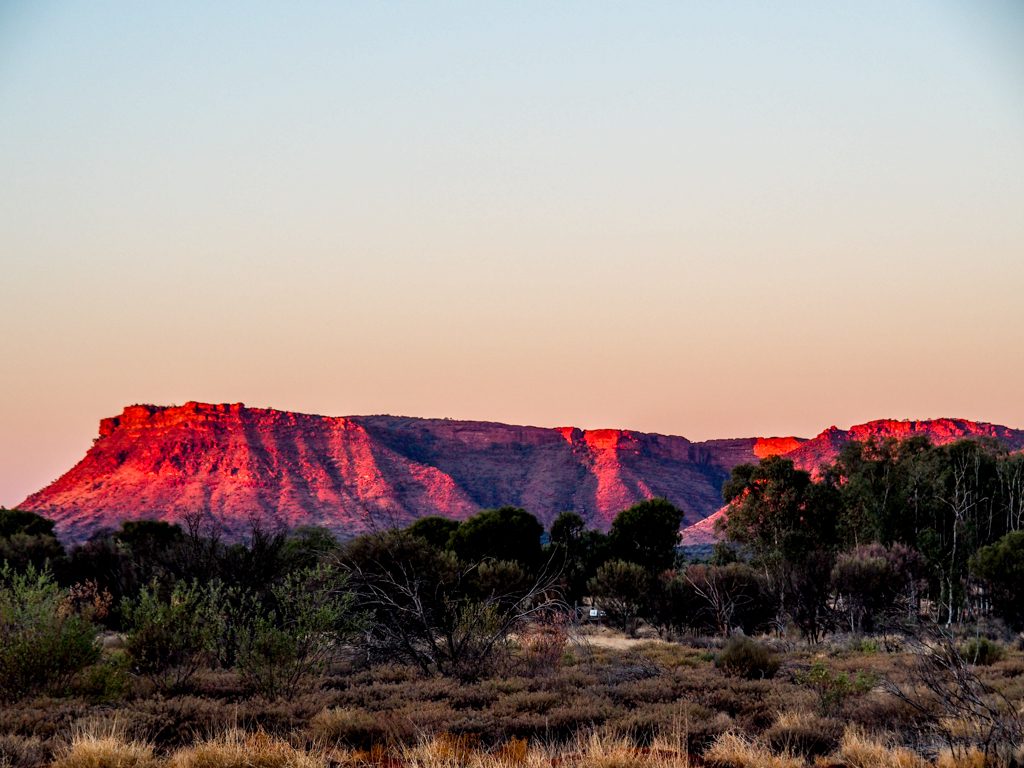 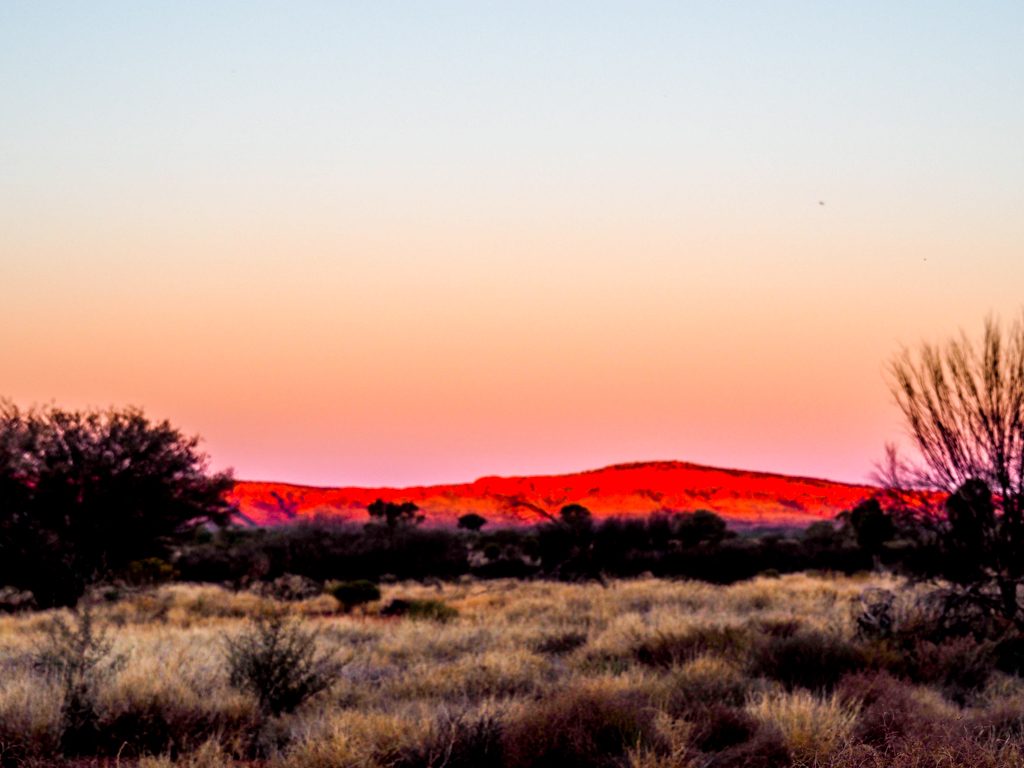 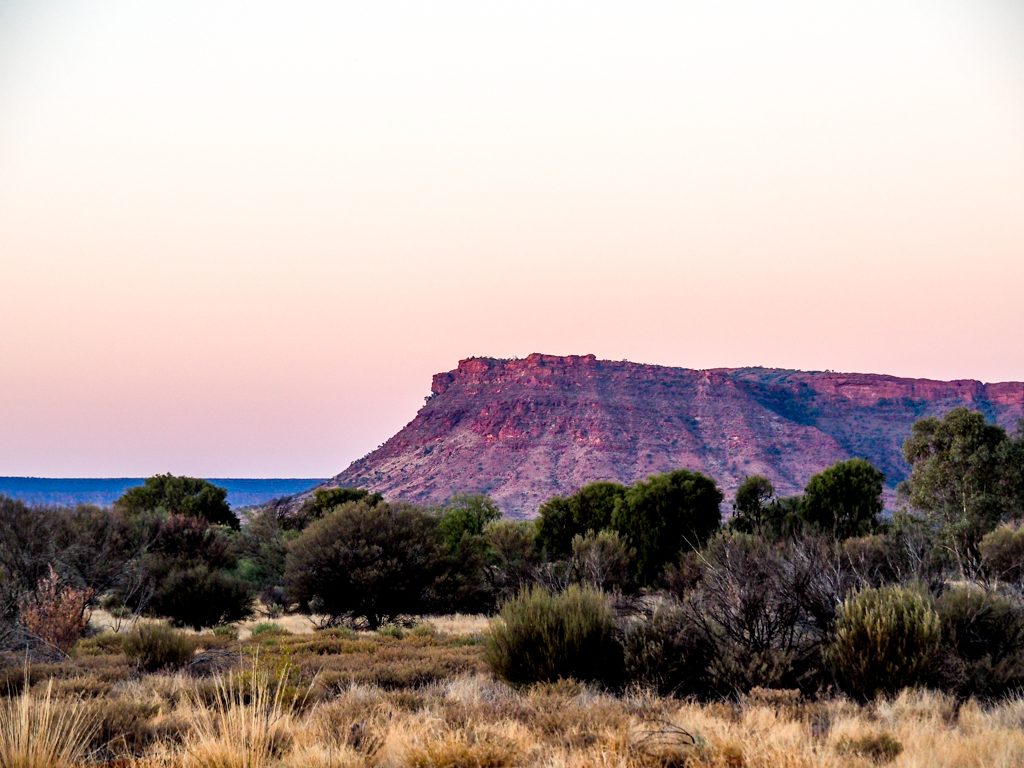 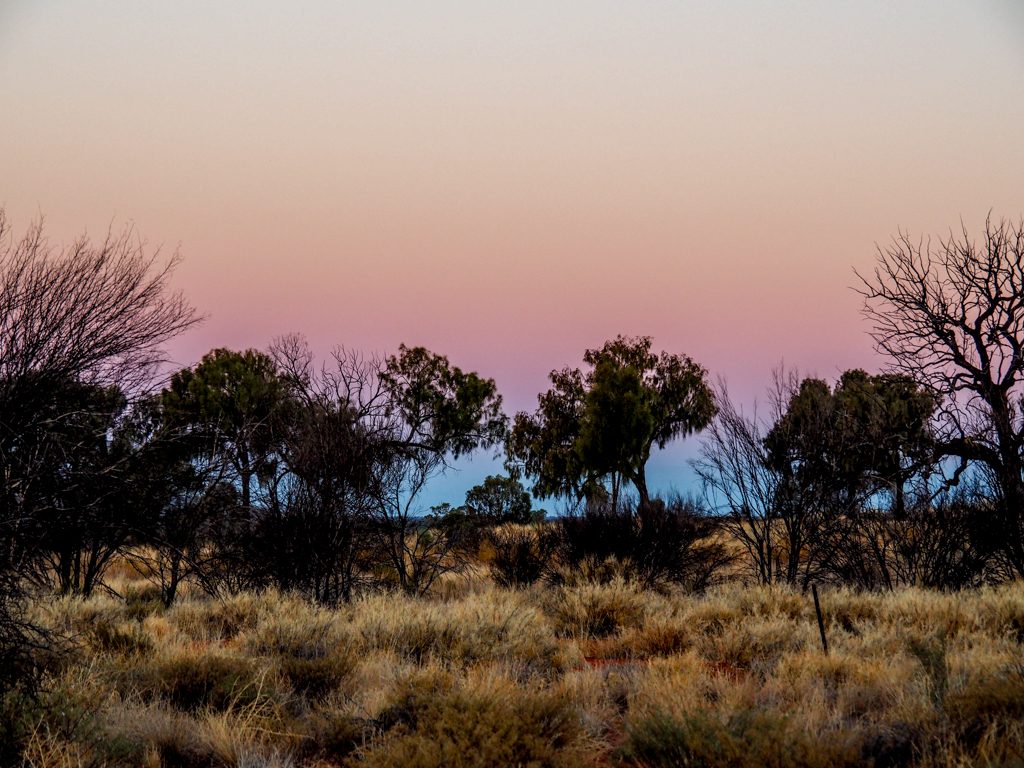 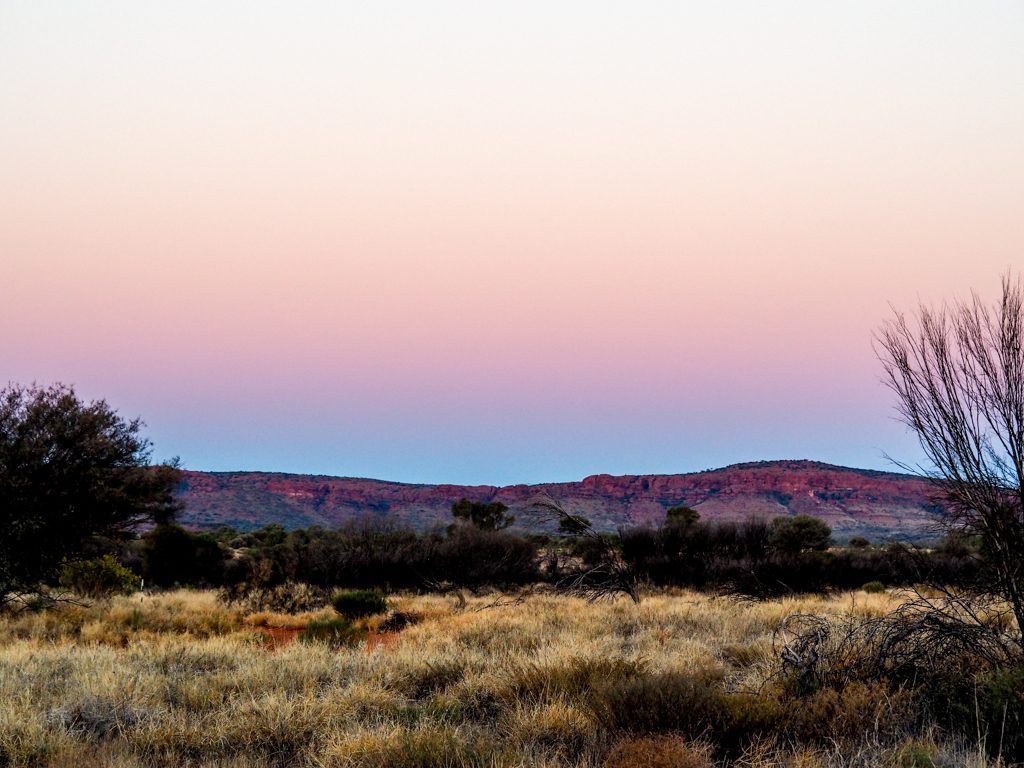 What a special spectacle.

4 Comments on Uluru to Kings Canyon