I have enjoyed a couple of days of good weather and enjoyable outings.  Yesterday I went out to Saltwater Creek in Ben Boyd National Park, where Marg and I have enjoyed a number of camping visits.  It is much the same as it was when we first visited many years ago except the beach has suffered some recent storm damage.  I walked along the beach and part of the walk we used to take west to a rock fishing spot where Marg caught a very large Bream, I can still remember her dance of delight!  There is a gas BBQ that was working OK so I enjoyed a steak sandwich and some good memories. 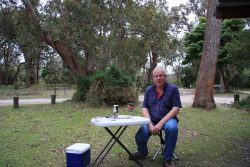 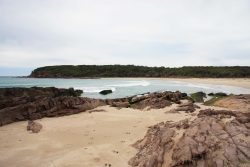 I then travelled out to Green Cape and spent an enthralling hour watching whales swimming passed the cape.  It was marvellous and hard to leave.  I saw a giant whale completely out of the water horizontal followed by two coming straight up out of the water at the same time about 10 metres apart and about 2/3 out of the water and vertical, before they dropped down into the water.  By the time you focus your camera you miss getting a photo but it was great to see.  They were about 100 metres or less off shore and you could hear the thump as they landed back on the water.  After that we had to be content with numerous examples of tail slapping and small breaches.  There must have been around 100 individual whales visible at different times over the hour I watched.  It was really wonderful and something I will always remember.  I managed to get one photo of a whale jumping.

The drive out to Green Cape is interesting, I can remember taking the family out there in around 1976 and travelling through forest all the way until the last Km when you suddenly break out of the forest into heath land about 1 m high max, it is like going into another room.  It is still the same today except in the meantime some small shrubs have grown but they have been burnt so the skeleton remains are not very attractive.  However the views over Disaster Bay to the south and of Green Cape shoreline from Pulpit Rock to the north are wonderful. 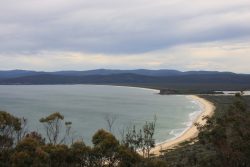 After Green Cape I enjoyed some oysters mornay for tea.  The Sydney Rock Oysters came from Wonboyn Lake at $8 a dozen unopened, they were delicious.

Today I travelled to Timbilica State Forest to Newtons Crossing on the Wallagaraugh River that eventually flows into Mallacoota Inlet.  Had gather some wood and light a fire, but it was a great spot, lots of birds and a backdrop sound of water flowing over rocks.  One of the birds I saw was a Cuckoo Shrike Thrush, a bird that has very often accompanied us on our camps and picnics with their wonderful tuneful song. 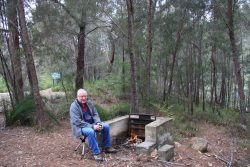 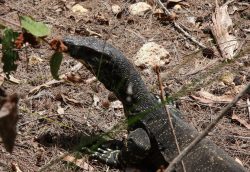 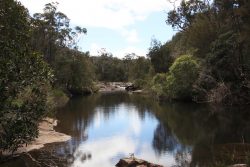 There were many wildflowers out in the bush, as there were yesterday at saltwater creek. 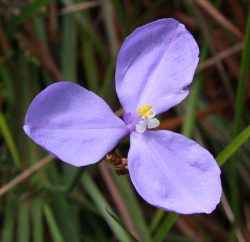 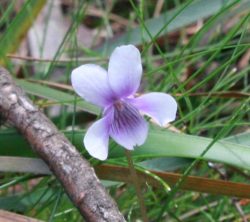 Now off to open some more oysters!