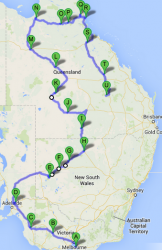 We left Charters Towers, knowing we had a long day ahead of us, but after 6 hours on the road, we decided to stop at Capella, instead of Emerald, another 56 kms further on. After setting up and we were relaxing, Russ looked at me and said that he thought that it was just as well he stopped, because, in the car, I looked like I’d been alive for 150 years and wasn’t going to last much longer!!  He has a way with words, you’d have to say.  Capella was a small, but likeable town, with a nice little caravan park, where I refreshed my supply of parsley! The next day we finally arrived at Carnarvon Gorge, at the same time as Trish and Dave.  Our sites our on the edge of the park, near a beautiful creek, but there is dirt everywhere. There are lots of trees in the park, which is overlooked by the escarpment.  The last rain was on the 14th June.  We have been used to paying $28 – $30 per night, but here it is $45 and to use the washing machine, it is $5 a load, instead of $3 – $4.  There is no 3G coverage here, but there is free WiFi near the office. 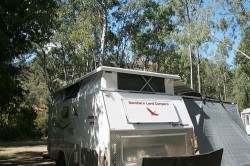 We spent the first afternoon catching up and having a champers of course.  The next day, Dave drove us into the Information Centre, where the walks up the gorge commence.  We walked down to the creek (which has to be crossed on stepping stones) and took in this magnificent place. 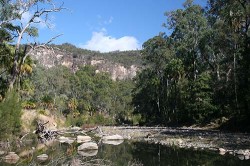 On the way back, we called in and did a short walk to The Rock Pool, an idyllic setting, where platypus can be found.  Not when we were there though.  We did have an echidna pointed out to us by a couple who had spotted him sleeping. 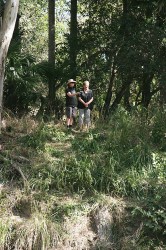 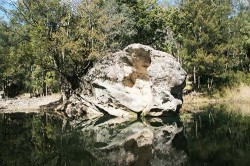 Trish, Dave, Russ and I have had lunch and dinner together every day and last night, Trish cooked a delicious rump steak and lentil dish for us, flavoured with grain mustard and spring onion, served accompanied by fresh tomatoes.  Delicious! Today they have all gone walking up the gorge, so I’m going to cook a roast tonight and I have a carrot cake cooking in the Cobb at the moment.  A lot of campers moved out today and it is very quiet without radio or TV, but as I’m typing, the new afternoon patrons are starting to move in.  This place is fully booked every day.

The walk up the gorge was terrific but very dusty and lots of steps.  We walked about 12 Km altogether, getting as far as Wards Canyon.  You have to climb about 300 steps to get to the canyon, but it is worth it. 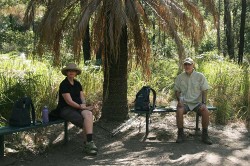 This canyon has King ferns, which are a relic of a cooler period, and now only exist here and on Fraser Island.  They have 5 metre long fronds and the base of the fronds are about 50 mm diameter at the trunk of the feern.  Water pressure in the frond holds them up.  The canyon is very cool and has other ferns and tree ferns, plus a small running creek. 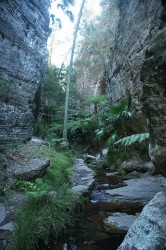 From here we walked back to the Amphitheatre, which is a crater in the rock accessed through a narrow split in the rock wall.  Access to the Amphitheatre is via a set of very steep see-through stairs.  The last time we visited in the 80’s it was a wobbly steel vertical ladder that you had to climb.  We had lunch here and a deserved breather. 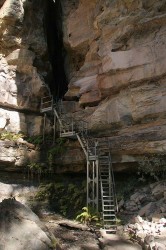 The Amphitheatre is about 50 metres across with near vertical walls. 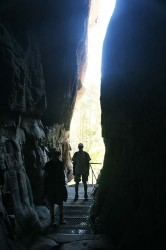 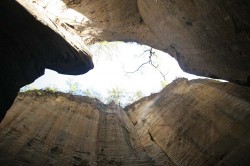 My next stop was the Moss Garden, Trish and Dave decided to head for home.  This was accessed by a 700-metre sidetrack with lots of steps.  The moss gardens are simply beautiful; my photos don’t do it justice.  The moss grows on the wall on a narrow gorge with water dripping and running on the rock. 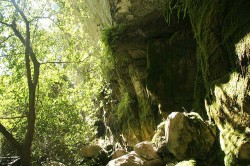 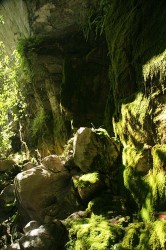 A small waterfall and creek complete an idyllic scene. 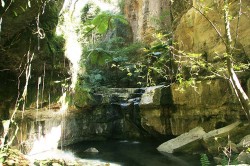 That evening we hosted Trish and Dave to a delicious roast of rump bought from a country butcher, it did literally melt in your mouth.  This was served with roast vegetables, peas and mushroom gravy. The roast and vegetables were cooked in our Cobb.  Marg also cooked a carrot cake in the Cobb so that was our dessert.

Today we had a BBQ brunch in the gardens that surround the Information Centre.  Plenty of shade and a free gas BBQ, which we used to cook the eggs, tomatoes and bacon, plus we used a small stove to cook toast and boil the kettle.  This was a very restful start to the day after such a vigorous day yesterday.

Marg is cooking a pizza today for pre-dinners and we plan to take a glass of wine down to the platypus pool behind our camp at dusk  to see if we can spot any platypus.  We will be here tonight and tomorrow night and then start the long journey home.