Travelled approximately 150kms from Tenterfield to Ashford – a few houses, service station and we camped in a paddock with power and a toilet block for 2 nights.  (very clean).  This location enabled us to visit Kwiambal National Park (for picnics and walks of course!)

First point of interest was the Macintyre Falls, where we had a wood-fired BBQ.  The falls were spectacular – never seen so much water gouging over and through the rocks, but particularly brown with all the mud and silt. 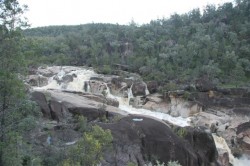 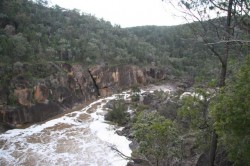 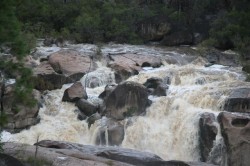 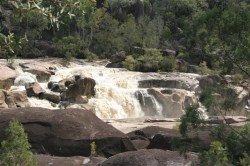 Next day drove to Lemon Tree Flat Camping area where, again a swollen Severn River had risen to cover a third of the camp ground in the last few days or so.  Usually a recommended swimming spot, but not at the moment! 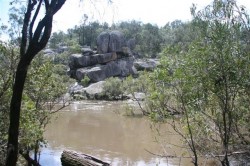 We visited the limestone caves, but neither of us ventured into them.  Ten metres from them, the temperature dropped so much we needed another two layers on and we didn’t have torches. 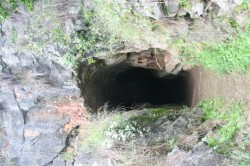 The Macintyre and Severn Rivers run into the Barwon river, which eventually becomes the Darling.  More rain is expected so the rest of our trip is in ‘the lap of the gods’, so to speak.

Magno men were doing a little bit of absailing from the chairs, but one needed a helping hand from a couple of friends. 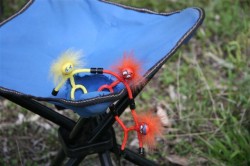