On another beautiful sunny mild day I set off for Hornsby to see their water tank, a fair part of the journey was on Pennant Hills Road again, but no B-Doubles and no caravan so it was an easy 50 Km drive.  The artwork on the tower was excellent but a security fence and trees made it hard to get photos, but I really liked the paintings.  This one is from across the road to give an idea of the tower’s situation.  I was across the road to take these and it was a busy road so I just kept snapping and eventually managed a break in the traffic so no cars in the photo. 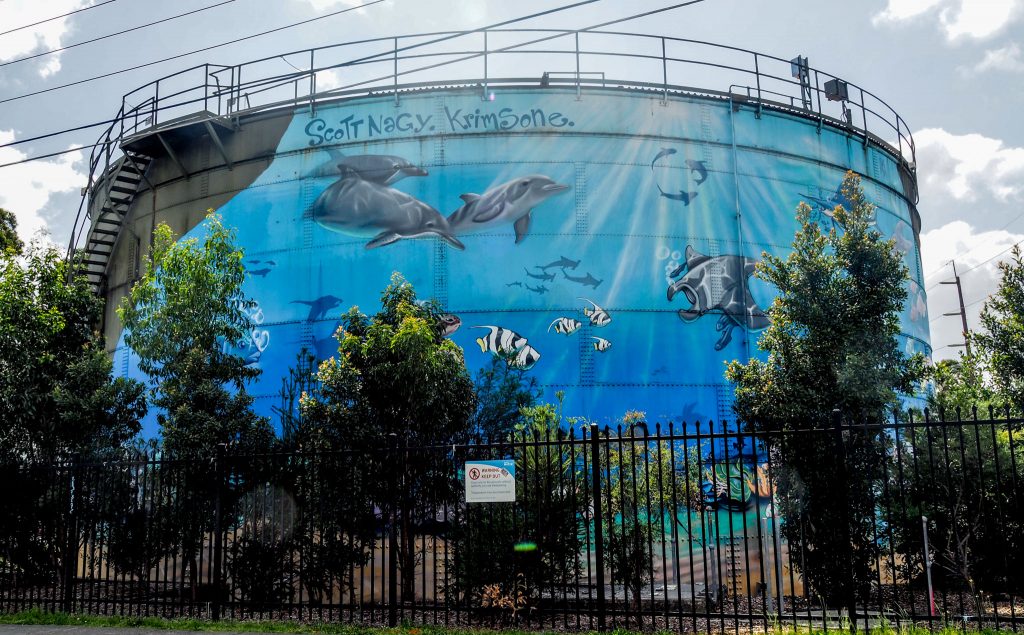 I managed to take a few close up photos through the fence and between bushes. 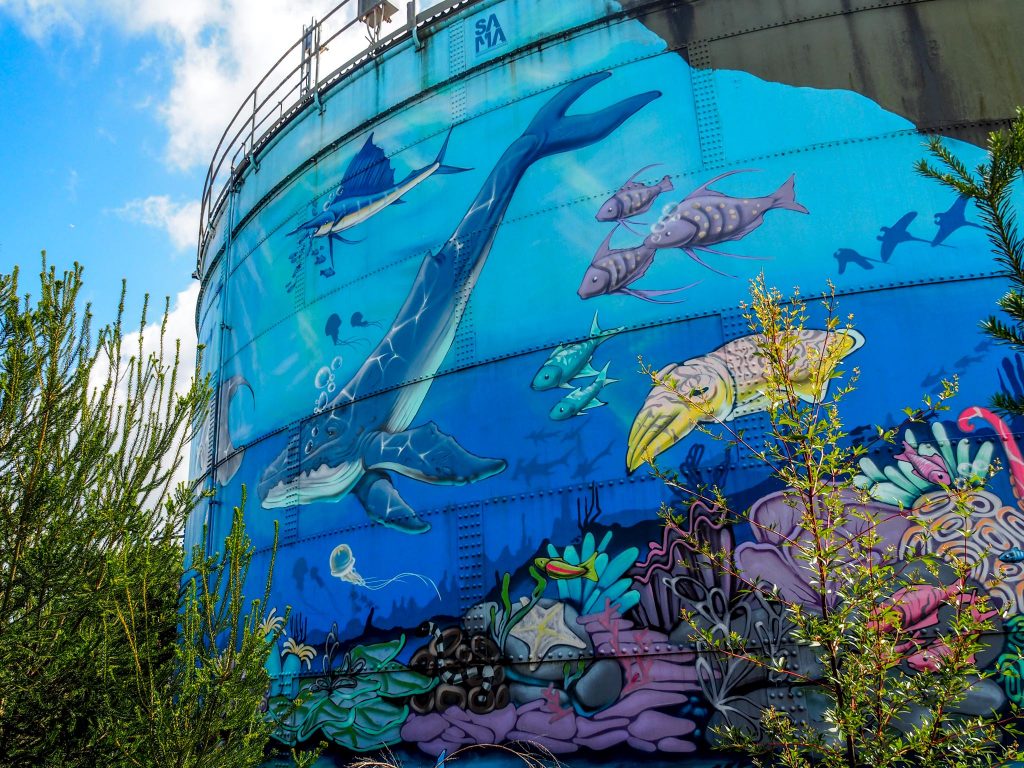 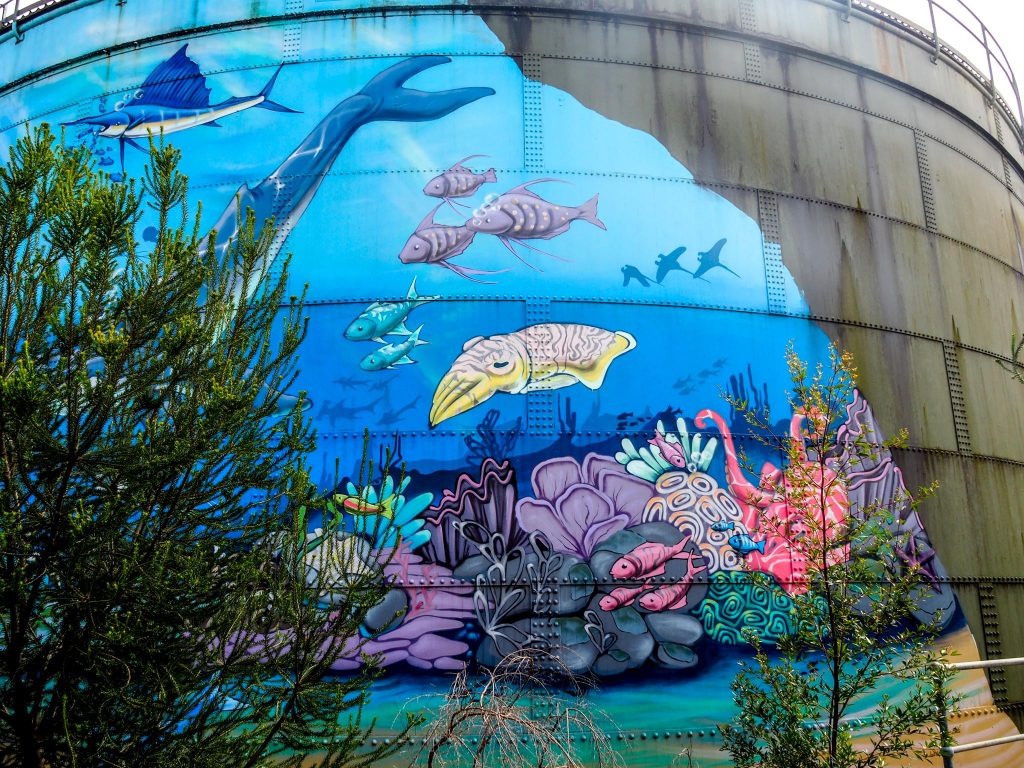 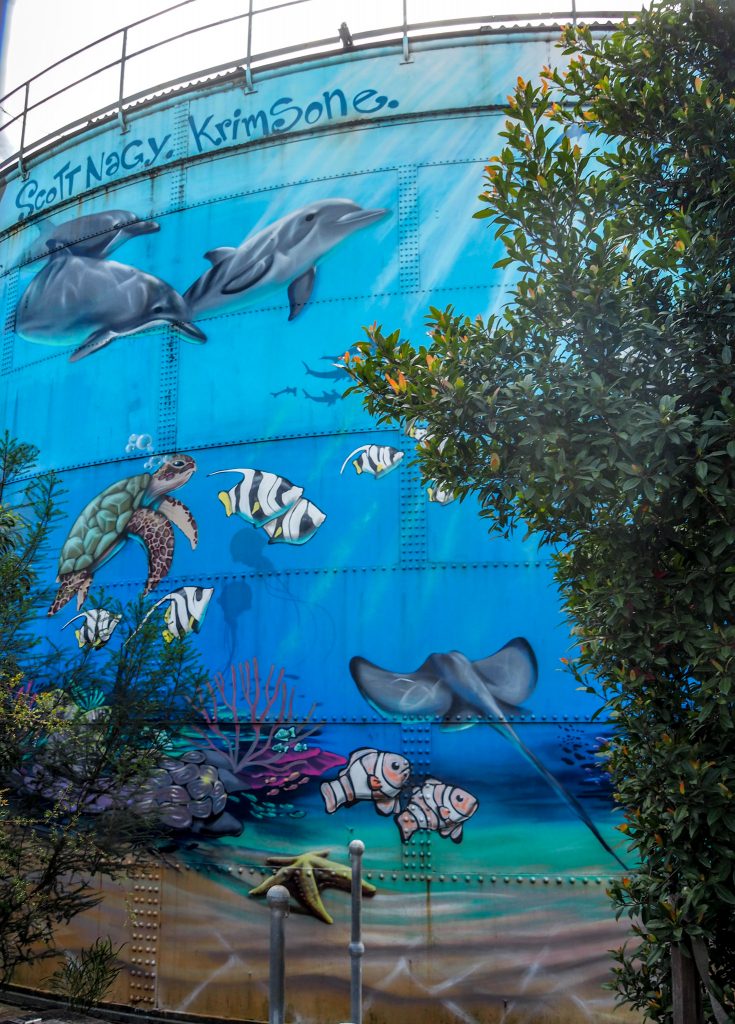 The next tank was at Lower MacDonald, a small settlement in the bush on the Hawkesbury River near Wisemans Ferry (Wisemans Ferry does not have an apostrophe for some unknown reason).  It was a delightful drive through forest and the Berowra National Park where the road dropped down the edge of the escarpment.  This section of the road had eight hairpin bends that were 5 Km/hr absolute max plus lots of others to be taken at 15 to 25 Km/hr.  But the forest was beautiful, all green with lots of native grasses and grass trees.  The road was smooth and after the decline it was a delightful winding road, lots of motorbikes out enjoying the bends, but otherwise the traffic was light.  There is another steep decline down to Wisemans Ferry, but not a many sharp bends.  Along the way there was a lookout over the Hawkesbury and Wisemans Ferry which is the long shape in the centre of this photo.

A ferry has operated at Wisemans Ferry since 1829 and is probably the longest continuously operating ferry service in Australia.  The crossing is 366 metres long and two ferries operate in parallel so there is not long to wait for a ferry, which takes about 4 minutes to cross the river.  Wiseman was a convict who was granted land in the area and started the ferry in 1827 and then moved it to the present site in 1829 when the road was repositioned.

The water tanks at Lower MacDonald are small ones but the artwork is good and they are in a bush setting. 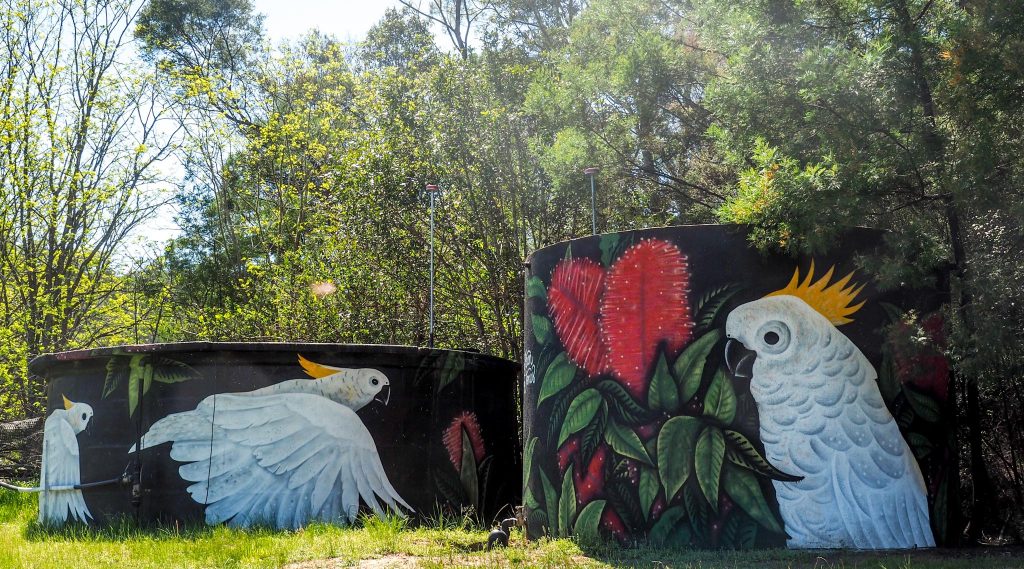 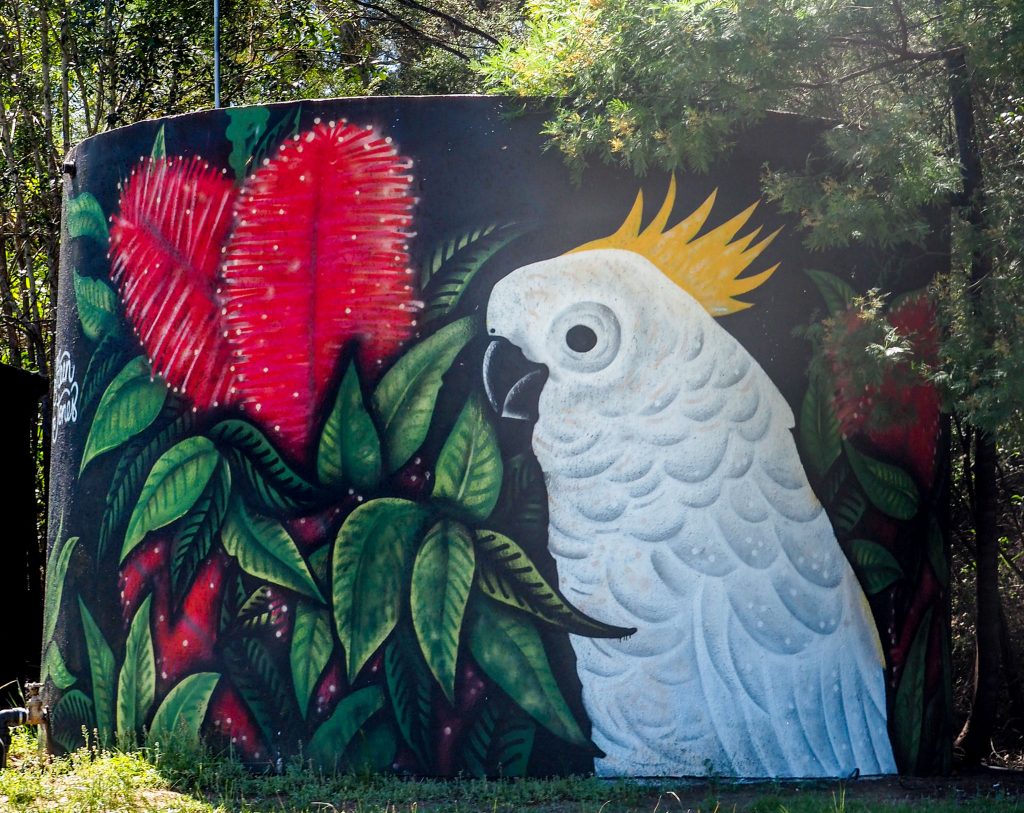 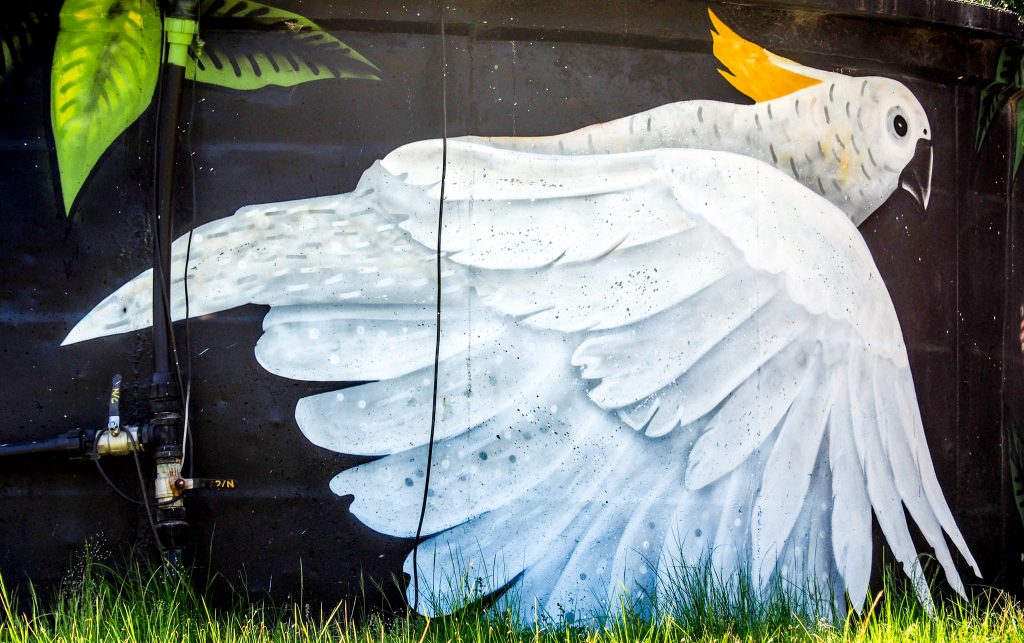 The return journey to camp followed different roads but most of it was through the countryside and enjoyable.  Tomorrow is a rest day, well a more restful day, with a clear agenda, hopefully celebrating a Lions win, and then off down the coast on Monday to end up at Mallacoota where I am meeting up with Deen on the 18th for a few days, so I’m looking forward to that.  I will check out a couple of water towers on the way south at Bermagui amd Merimbula.