All the water tanks I plan to visit on Friday are in the Blue Mountains and my first was at Katoomba, but before the tower I went to Echo Point to view the Three Sisters, which I haven’t seen since I was a child.  There are still three, unlike the twelve apostles in Victoria where we are down to about eight.  The view over the mountains is stunning and worth putting up with hundreds of tourists, of which I am one.  You can understand from the photos why the Blue Mountains were such a barrier to settlement further west until Blaxland, Wentworth and Lawson found a way across in  1813.  They were successful because they followed the ridges rather than the valleys.  As a result of their exploration Bathurst became Australia’s first inland city. 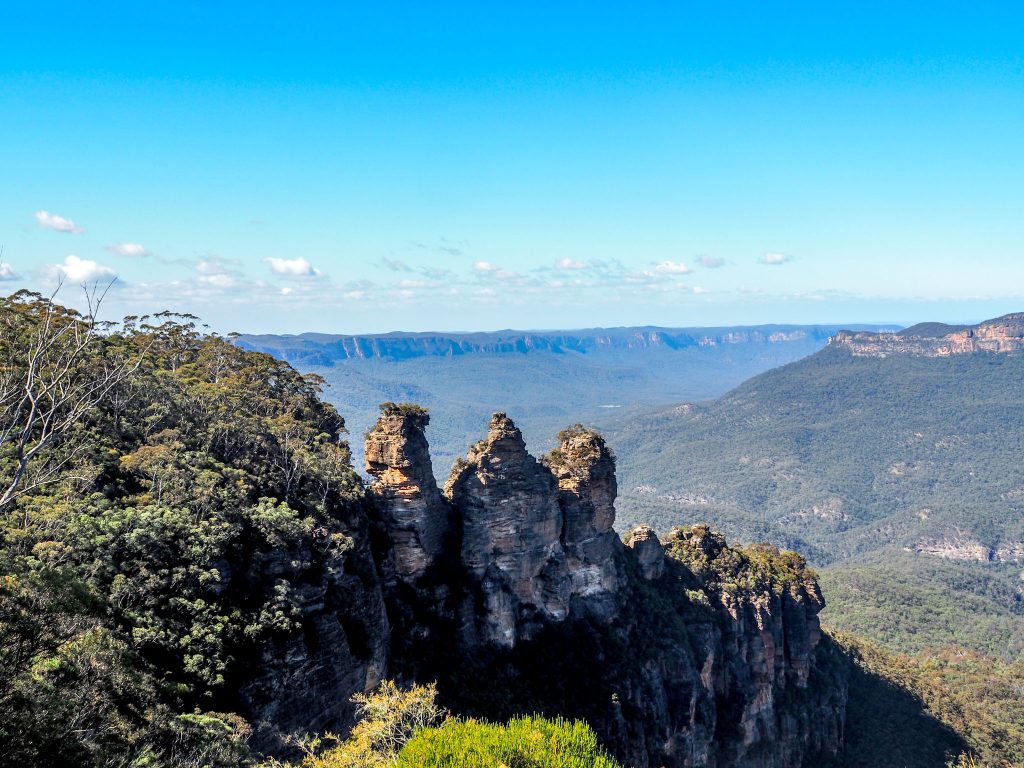 I took a panorama of the view including the Three Sisters.

And another from the other side of the viewing platform.

After enjoying the views it was off to the Katoomba Water Tank which was probably good in its heyday, but leakage and weathering have taken their toll. 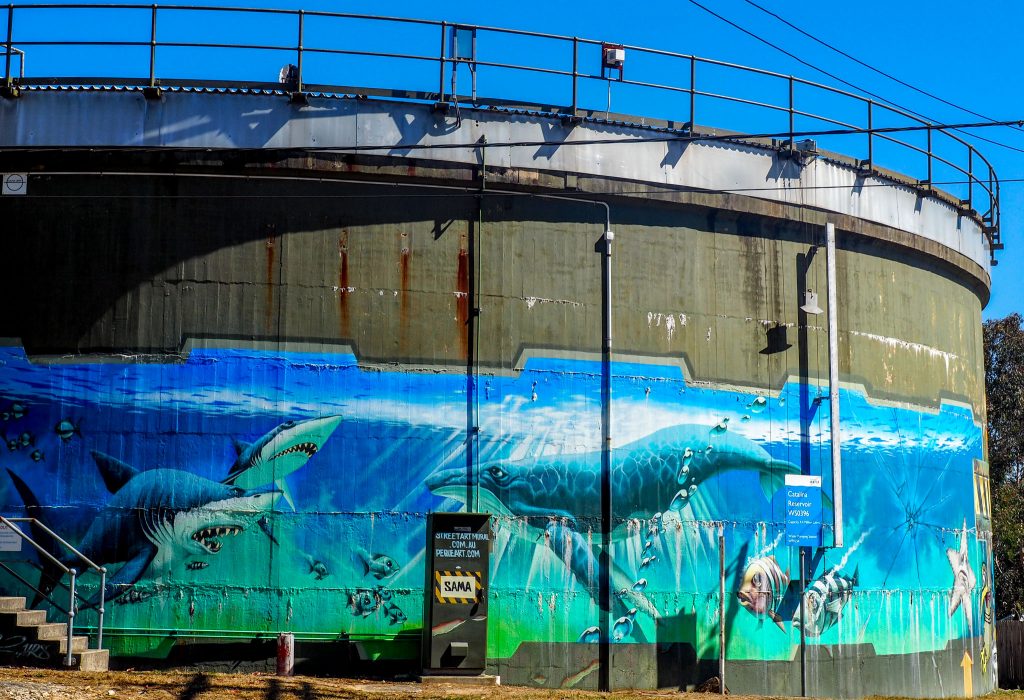 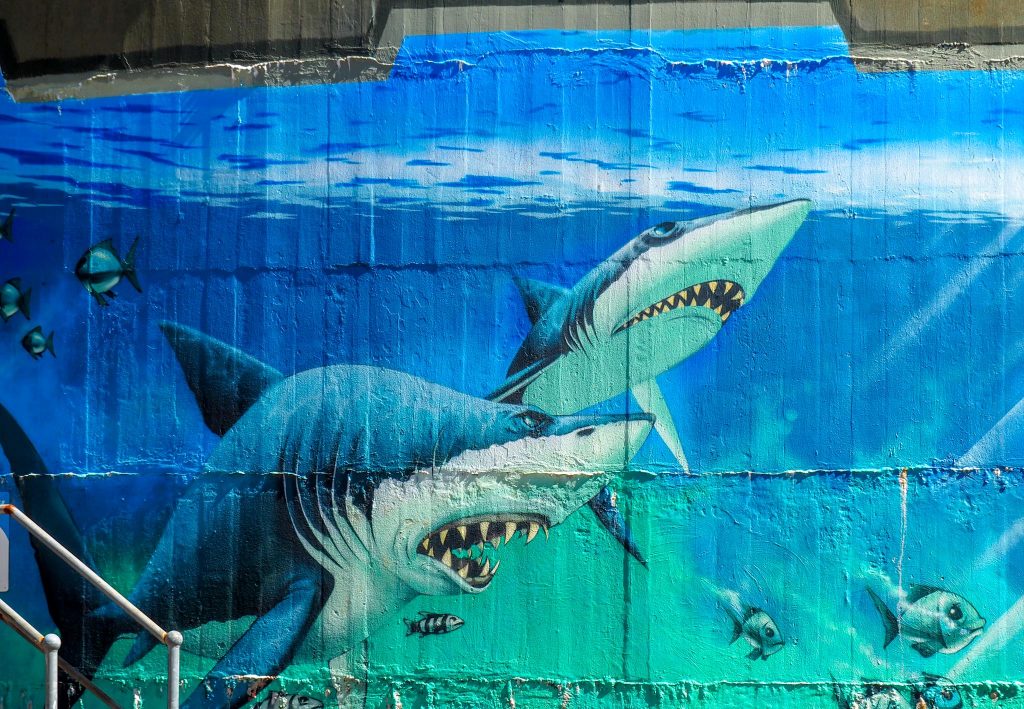 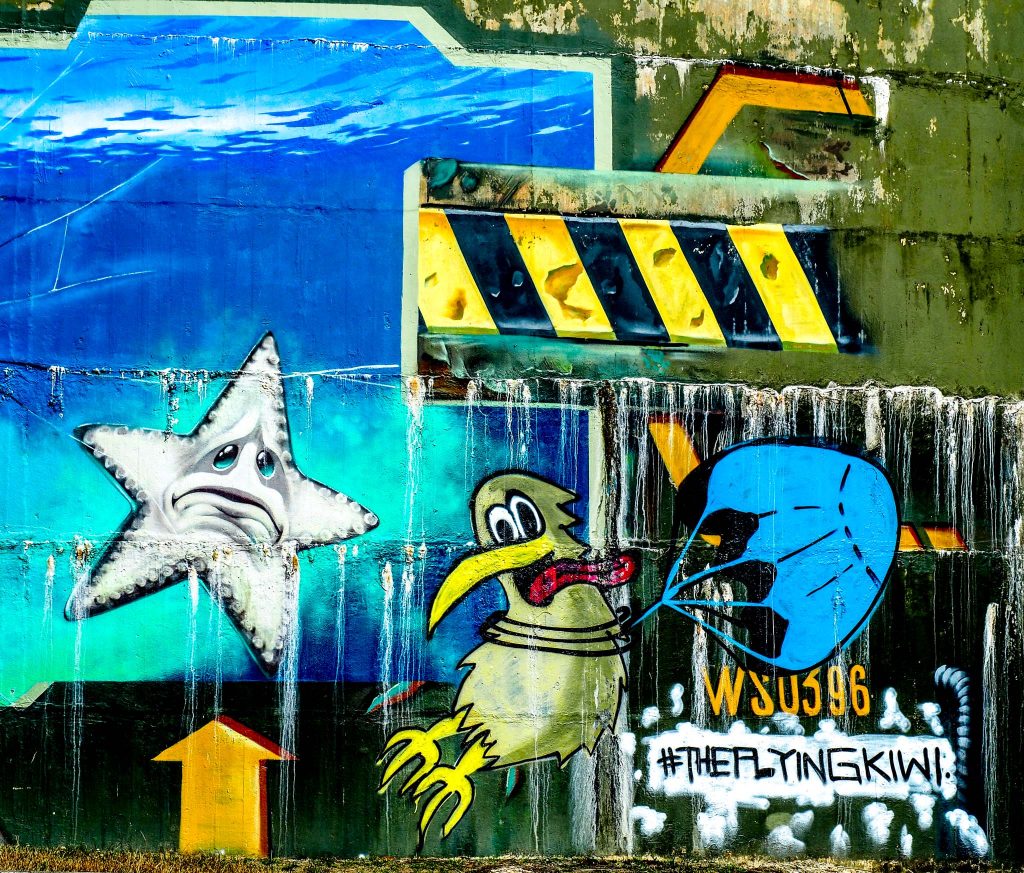 I then travelled to Wentworth Falls to see their water tank but could only find a plain green tank, apparently the artwork is on the other side but I couldn’t see how to get there.  So off to Mt Riverview water tank.  This tank has artwork as a strip around the bottom of the tank.  The green patches are where the paint has lifted off. 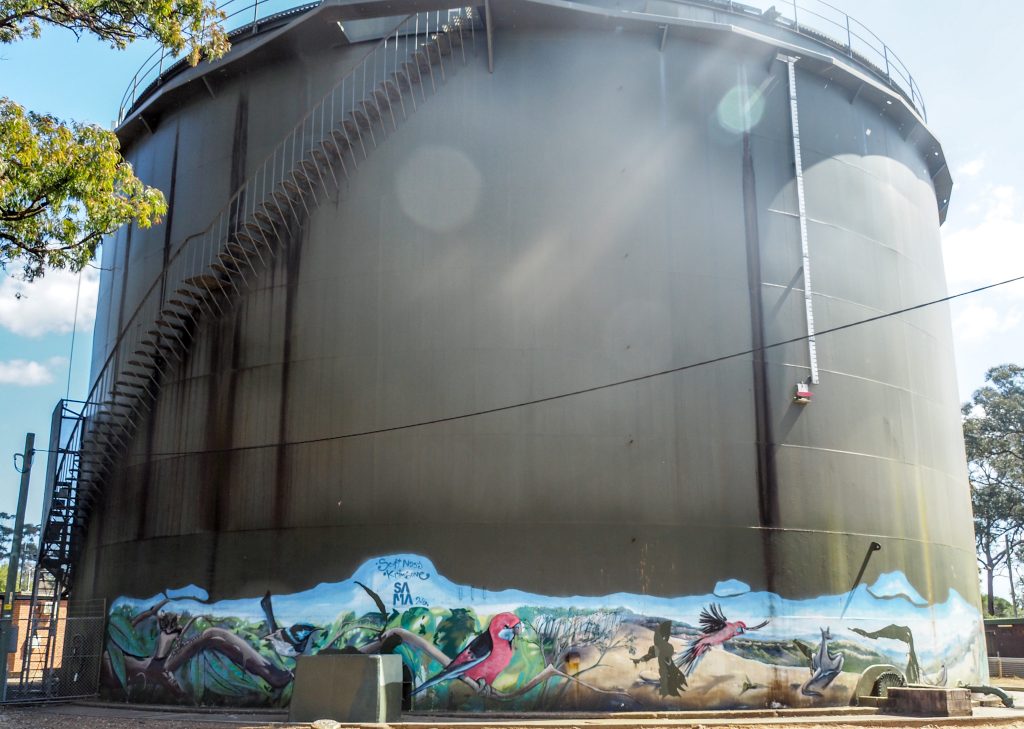 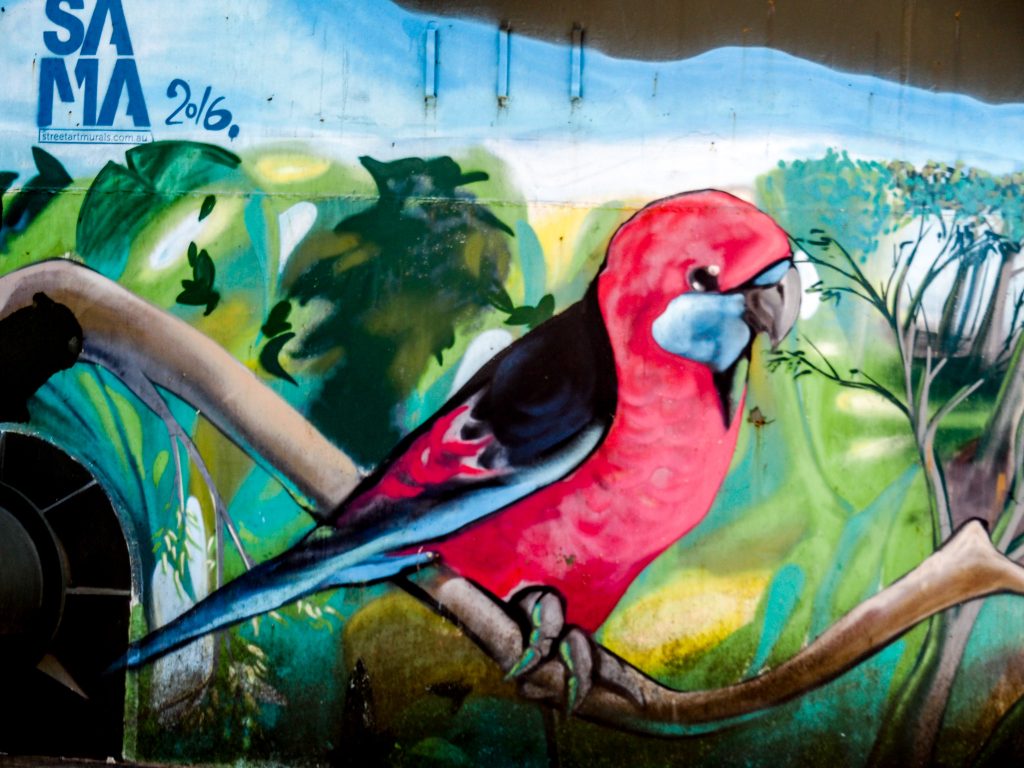 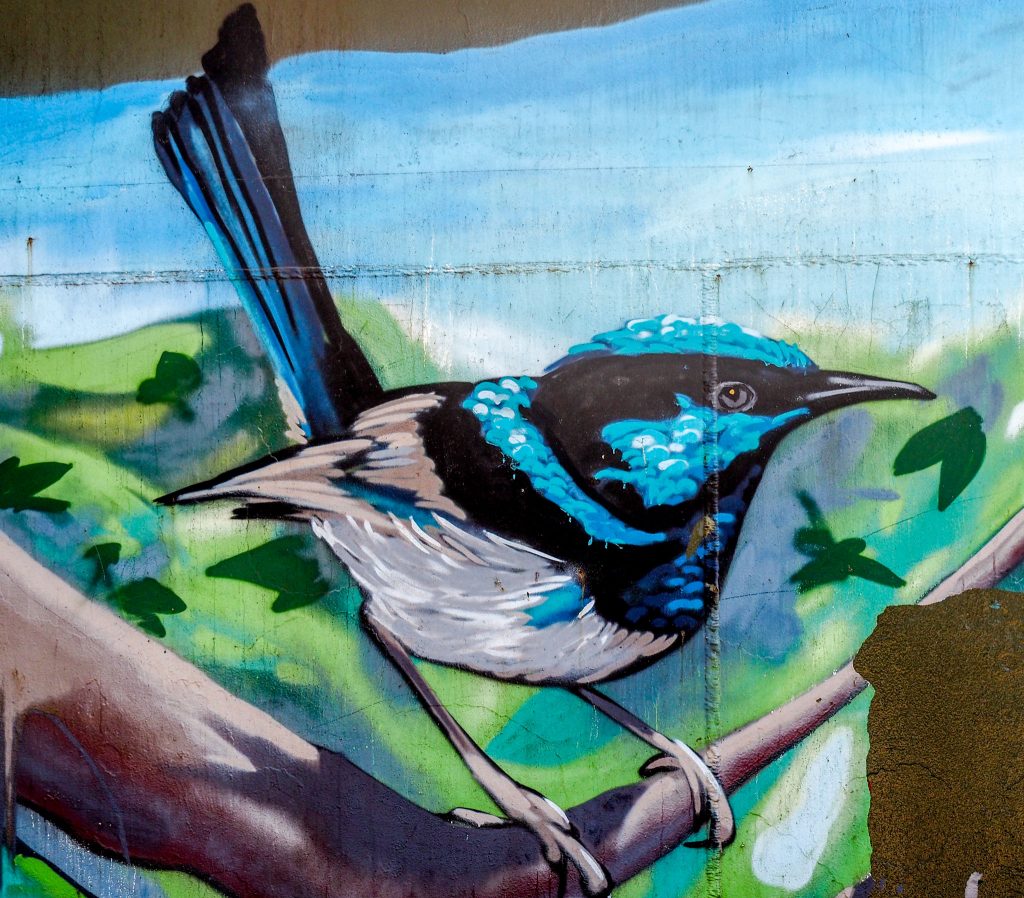 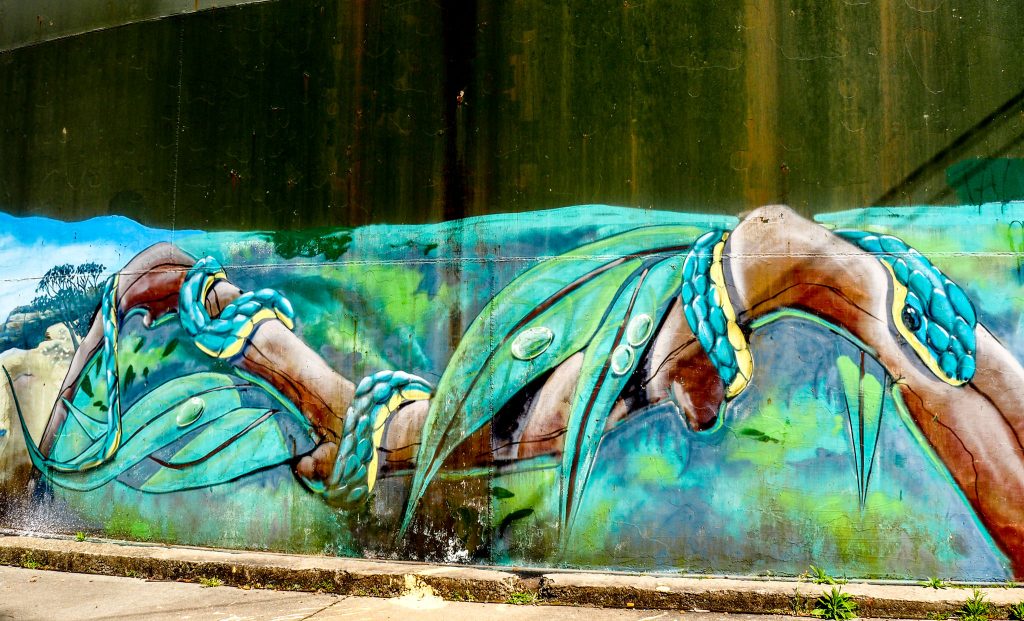 The last tank for today was at Lapstone just off the Great Western Highway which is the main highway into the mountains.  The highway is two lanes each way and winds up the hills, a very easy and pleasant drive.  The artwork is eye catching, I love the frog the best. 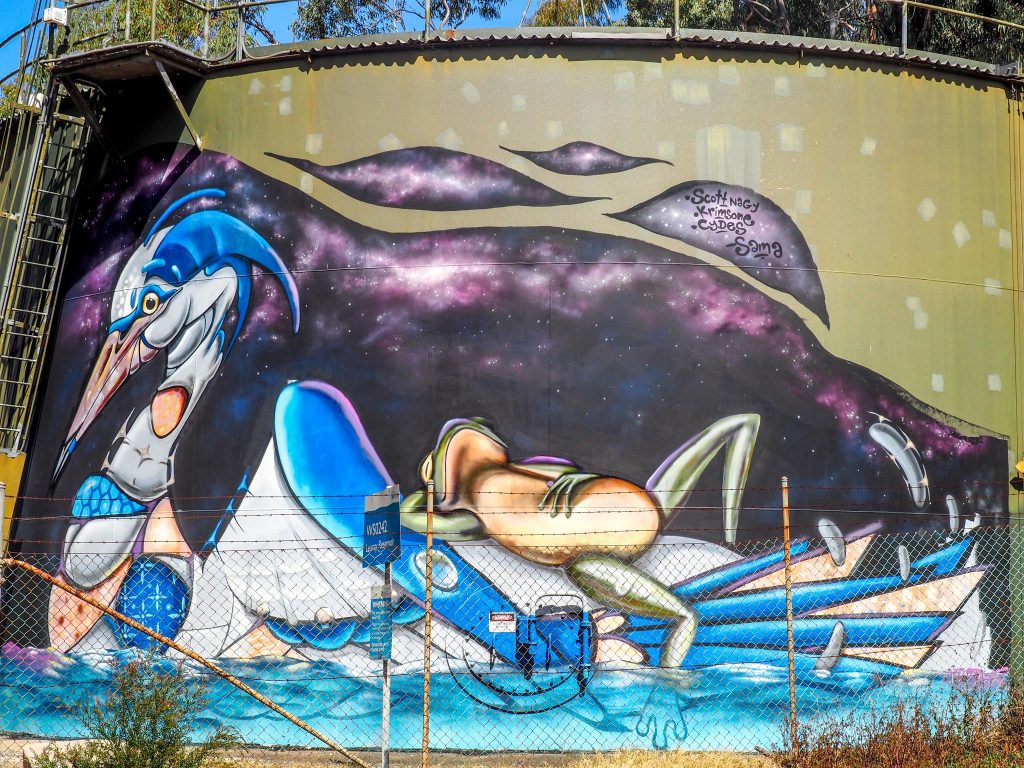 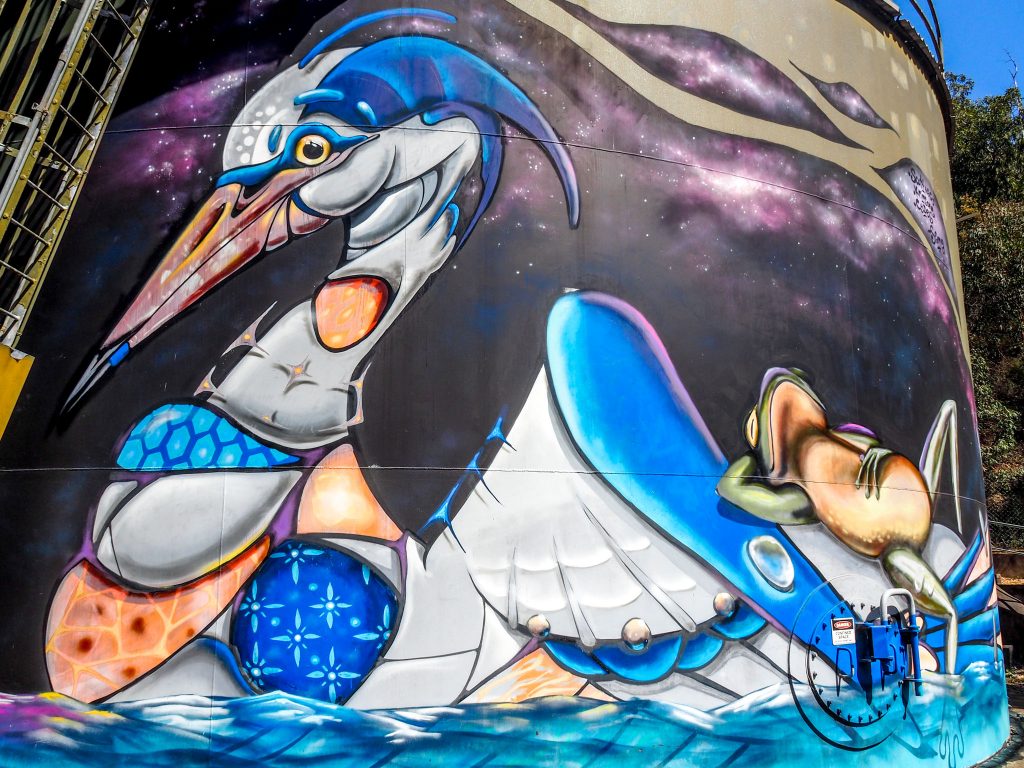 A couple more tanks or towers tomorrow and that will be Sydney done.  Richmond has a very busy shopping strip within walking distance of where I am camped.  There are a few takeaways, a Dan Murphy’s and a Coles, so I have everything I need!