As I crisscross NSW I am finding the GPS ignores minor roads which can significantly extends the journey.  Today I had Google maps on the iPad, the inbuilt GPS and the Tom Tom all programmed to the destination and none was going the way I wanted.  So I had to pick intermediate towns and include them to get the GPS’s going on minor roads, which can be a bit rough with potholes but I find are generally OK.  Today there was a difference of 100 Km between the route I wanted and the one the car GPS chose.

The drive on Sunday was through very hilly country with a couple of long descents where I had to select first gear so I didn’t have to use the brakes all the time.  Into Sofala was very steep with an equally steep climb out.  Marg and I visited Sofala in 2014 and this is what Margie had to say about that visit

“The countryside has been very hilly and we were looking for a place where we could buy a couple of sandwiches for our lunch.  We came down a very steep hill into Sofala and found a little General Store, selling food.  Mrs Mac was the grumpiest little old lady I have ever come across.  After ordering two ham and salad sandwiches, she clicked her tongue when I asked for salt and pepper and when I said that $16.25 was quite expensive, she went on a tirade about the cost she has to incur because of EFTPOS.  She asked me if I wanted to see her telephone bill and see the charges.  Russ took a photo of the old Sofala Hotel on the main street, which is only wide enough for two cars to creep past each other.  The hill into Sofala from the north is the steepest we have encountered on a main road and is about 1.2 Km down all the way.”  So I didn’t call in for a snack this time! 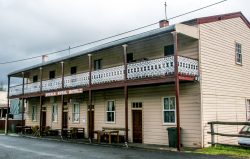 I visited the Merriwa silos on the way and I was disappointed with them compared to others I have seen on the way.  They lacked detail and were missing the extra elements such as trees and birds that the others included.  The buildings in the background are new grain storage sheds. 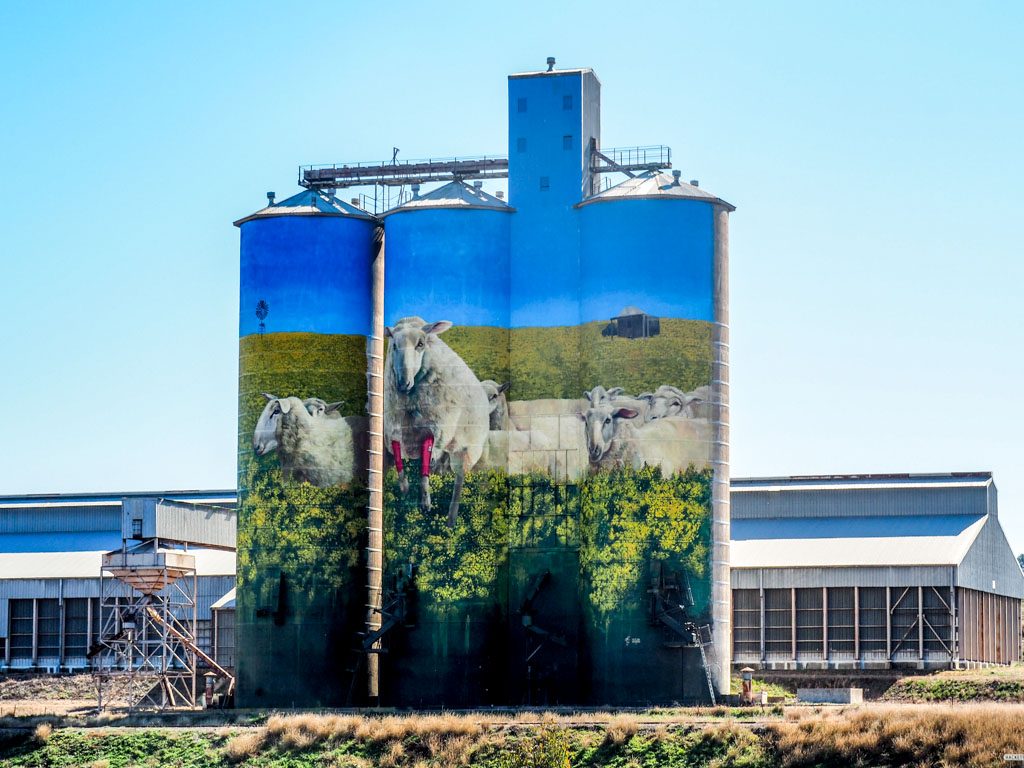 Another couple of views of the silos: 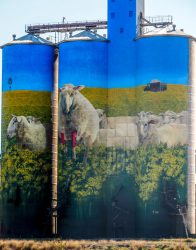 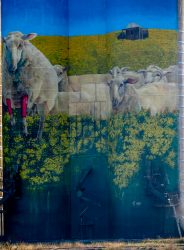 I am camping tonight at Willow Tree where a power site in the rec ground is $15 a night and there is a water tap to connect to as well.  Monday will see me heading through Toowoomba and Baraba.

On the way to Toowoomba I visited the railway museum at the Werris Creek railway station, the museum wasn’t open but I could view the statues outside.  They are made of stainless steel tubes welded together and they are set in a landscaped area.  I parked away from the station and approached the station through a memorial wall thaat has the names of all the railway workers killed in Australia, 150 in total, which is quite amazing to me that there were so many. 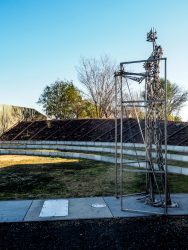 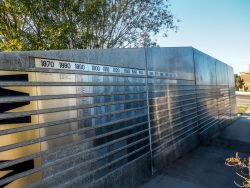 The statue shown above if of a gatekeeper who opened and closed the railway crossing gates.  They were usually the wives of fettlers or other railway workers and worked a 12 hour day.

At the entrance to the memorial wall is a statue of a fireman: 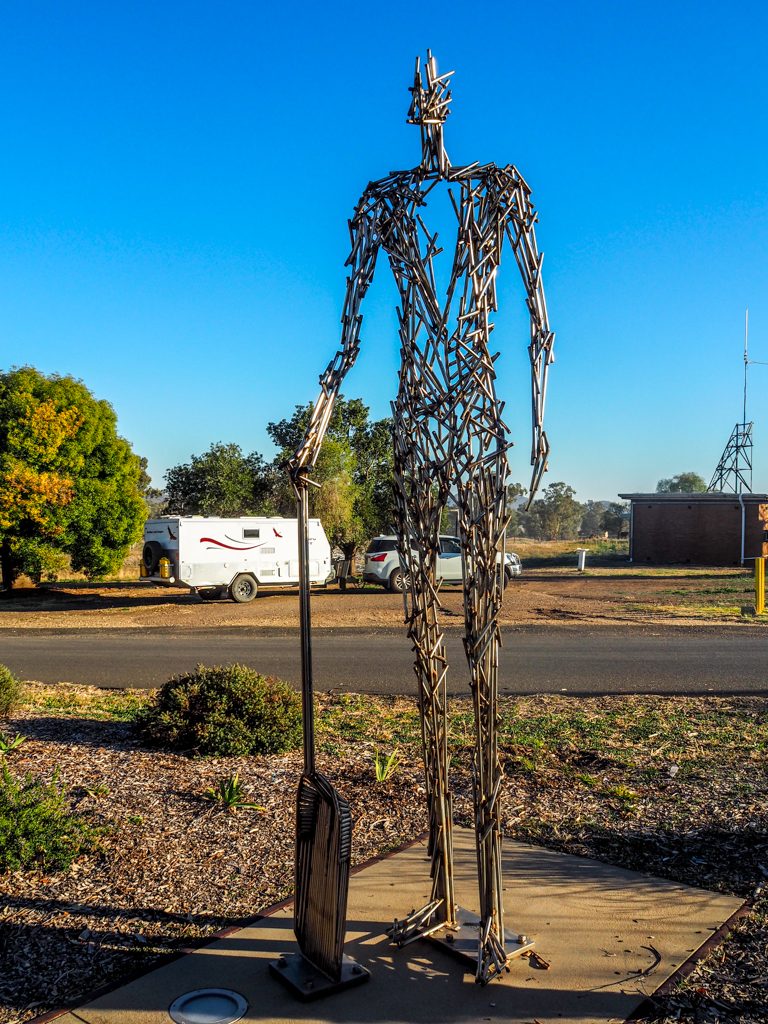 I wish that person had not parked their van there!  There were two more statues, one of a signal woman on the left, not sure why she is on a diving board, and a station master on the left. 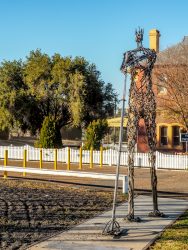 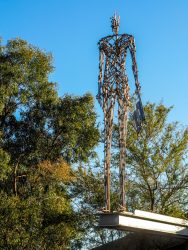 Next stop was Tamworth where the water tower was at the top of a steep climb plus a steep but short walk, had me puffing.  The tower was behind a cyclone fence so it was a bit hard to exclude the wire and in a couple it was not possible. 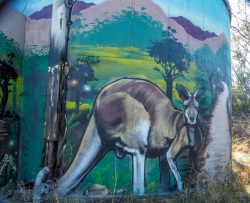 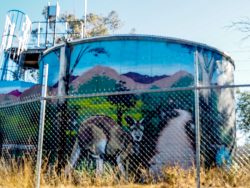 I particularly liked the Cocky: 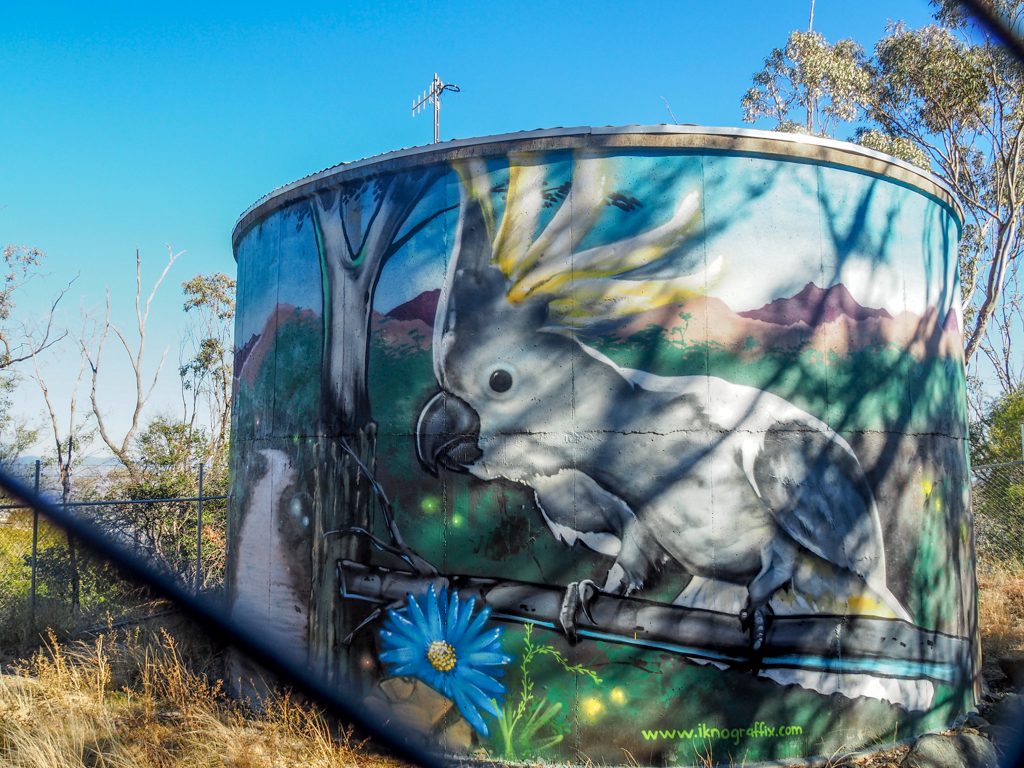 But the butterfly and the rainbow lorikeet were also very good. 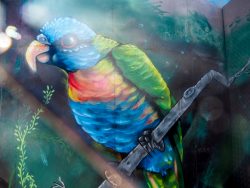 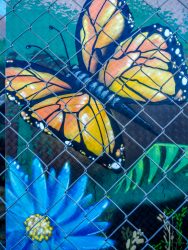 The descent from the tower was first gear all the way plus regular braking to reduce speed build up.   From Tamworth I went to Barraba where there are three painted silos.  While in the town I bought a caesar salad wrap which was delicious with two chicken fillets, bacon, an egg and salad all for $9.50, what a bargain.  The silos were all painted with the same water diviner on each and painted by Fintan Magee.  The artwork was excellent but I would have preferred a different character on each silo. 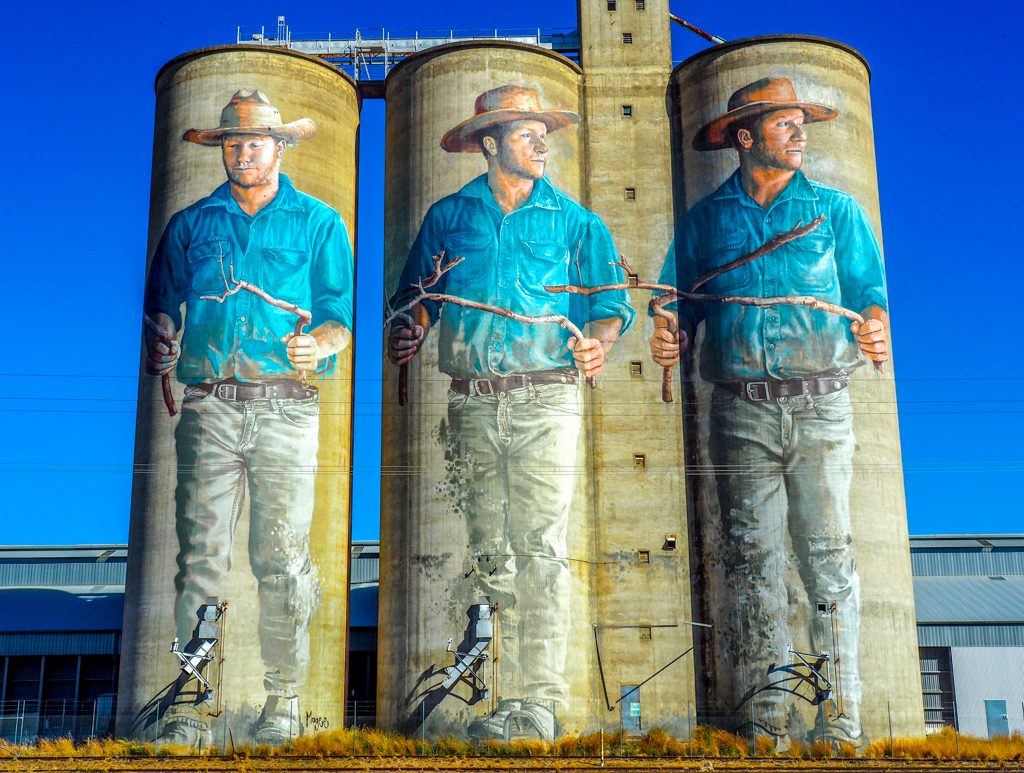 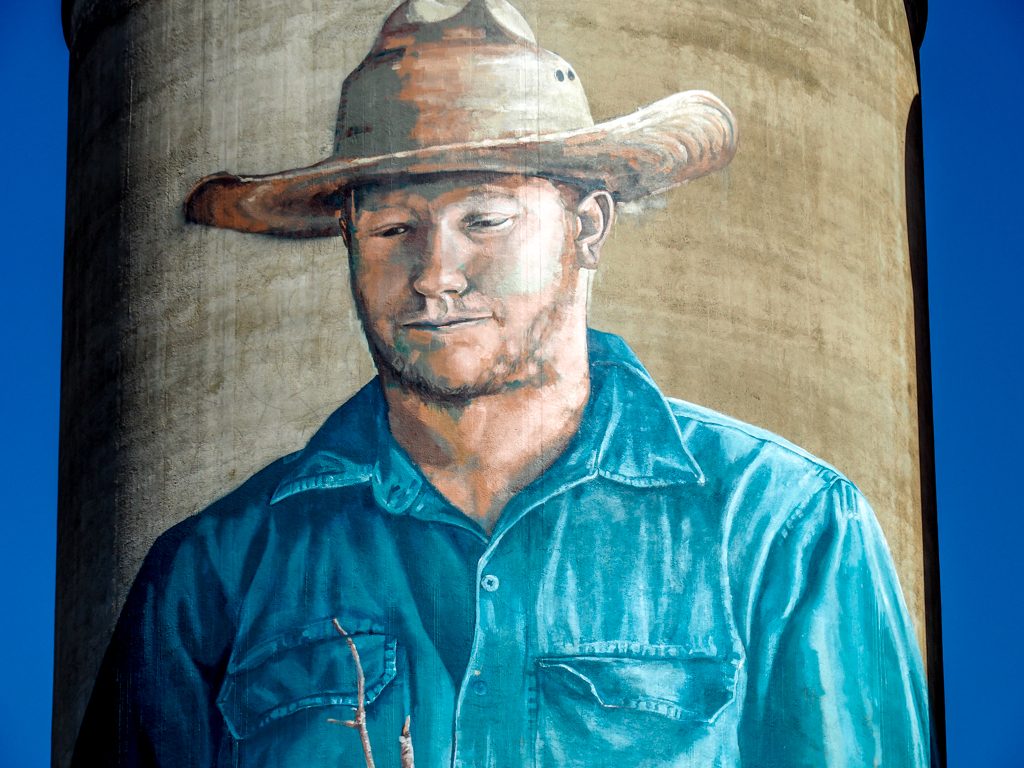 From Barraba I headed for Gunnedah where I will spend the night and visit the water tower and the artwork that commemorates the battle of Long Tan that the Australian army fought and won.

4 Responses to Merriwa Tamworth and Barraba