This winter I have decided to visit public art sites in Victoria, N.S.W. and Queensland.  The sites will include street art, silos and water towers.  I started of today in Benalla where there have been street art competitions since 2016, so there is a lot of street art, lots of it very good.

One problem is that quite a few of the sites, while great for painting and viewing, they are in difficult spots to get a good photo, but I tried.  Most of the art is around the city centre so I walked around several streets and then moved the car to a new area and walked that area.  It took me a couple of hours to cover most of the art, by which time I needed sustenance and a Kebab shop magically appeared.  Once you get the idea that you want a Kebab you must have one, so I did.  I didn’t need any dinner!

On the way to Benalla I visited Tatong where a tavern had reportedly been painted up.   While the tavern was quaint it certainly was not public art. 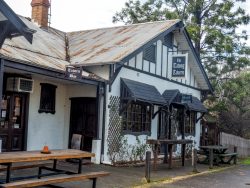 There was a 2000 litre tank painted with a scene and a large billboard painted as well.  Not the best start, but the side trip was not too far off a direct track. 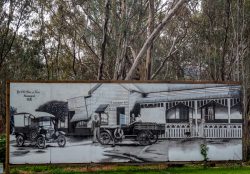 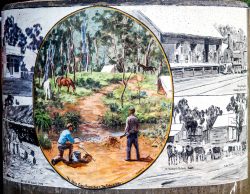 I enjoyed the walk around Benalla looking at the Wall Art and here are some of the images I captured: 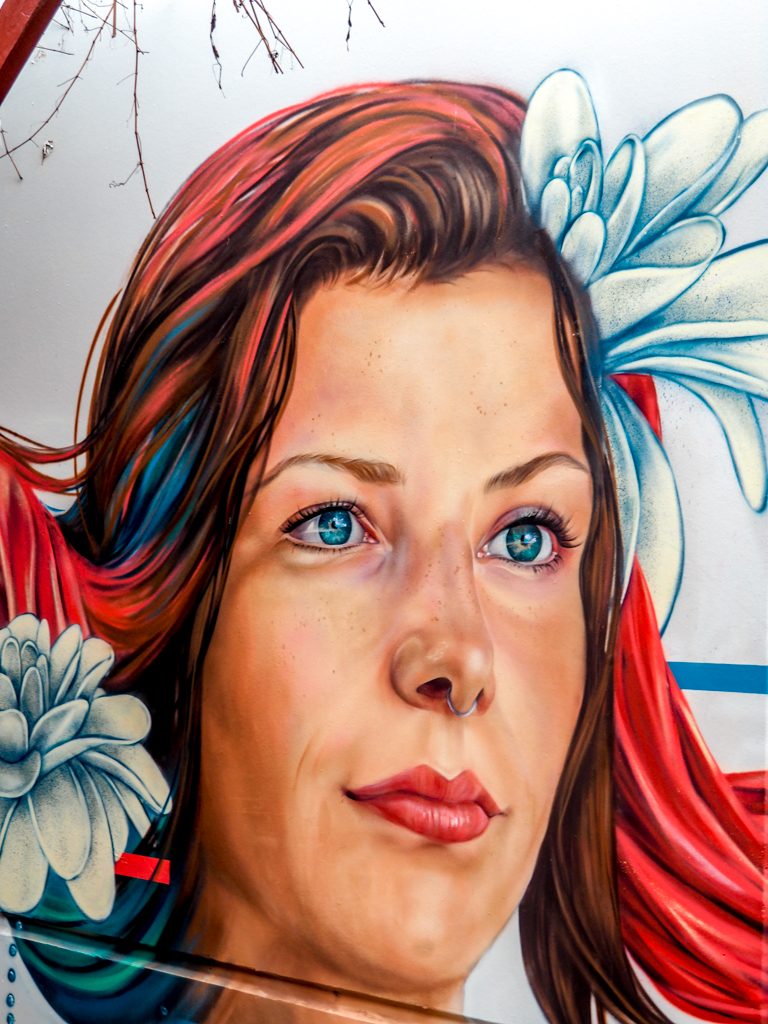 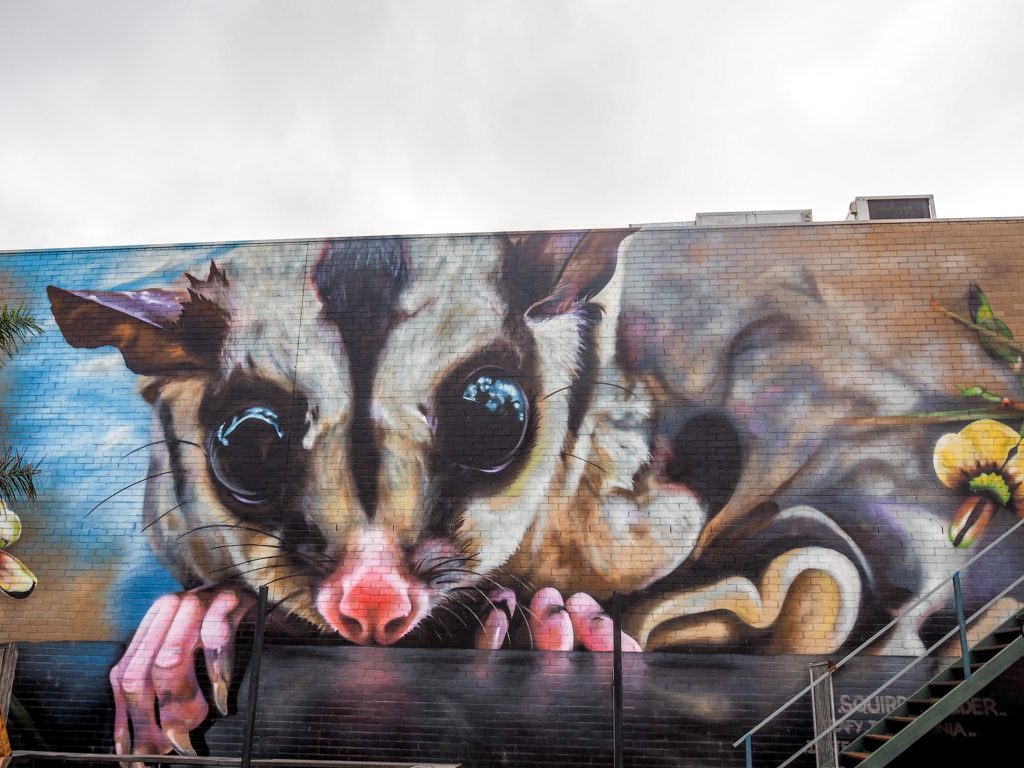 The following images were on various toilet blocks around Benalla: 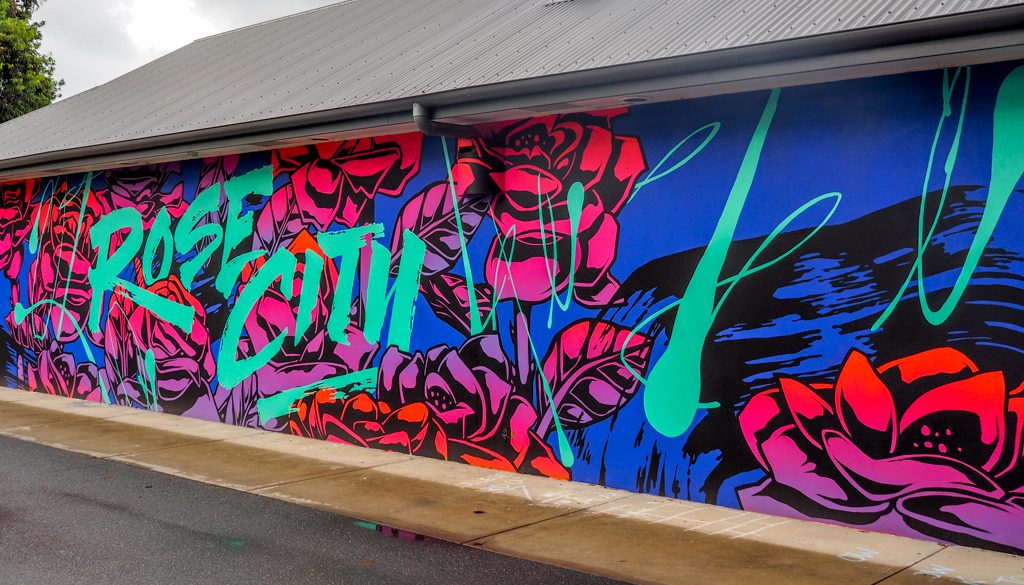 Benalla is known as the “Rose” City because there are over 1000 rose bushes in the botanic gardens. 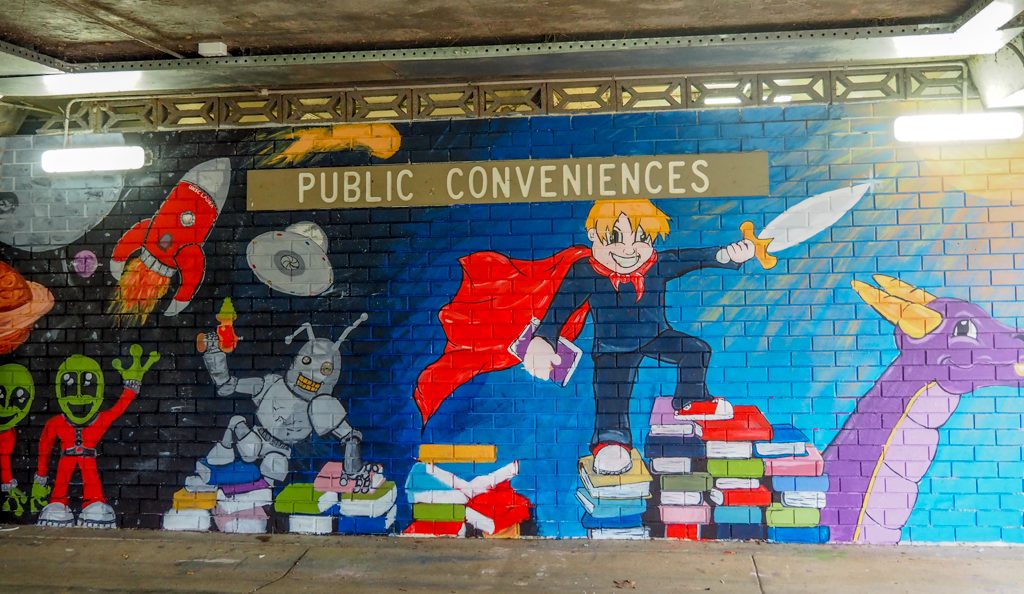 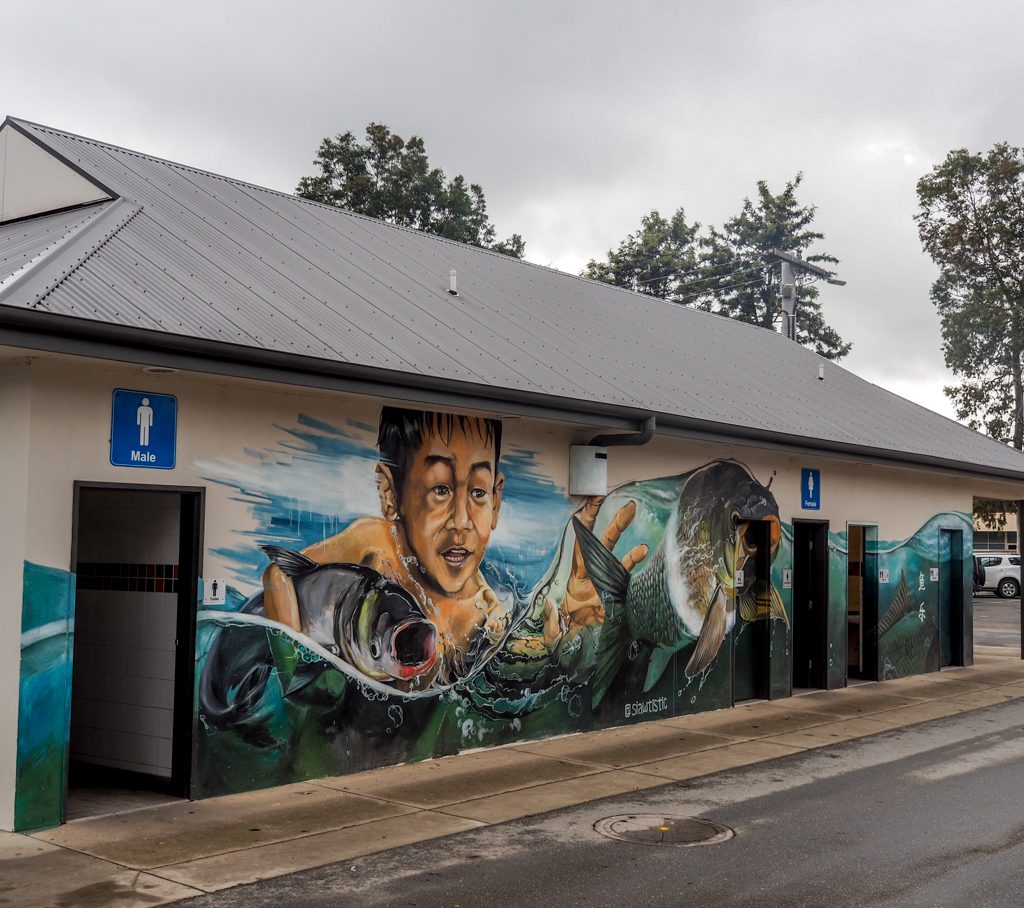 The skate park had a couple of paintings in a very scenic setting: 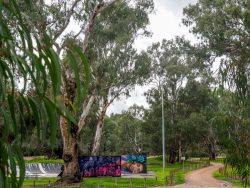 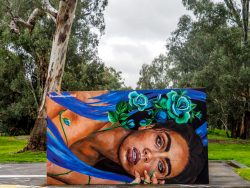 Another couple from around town: 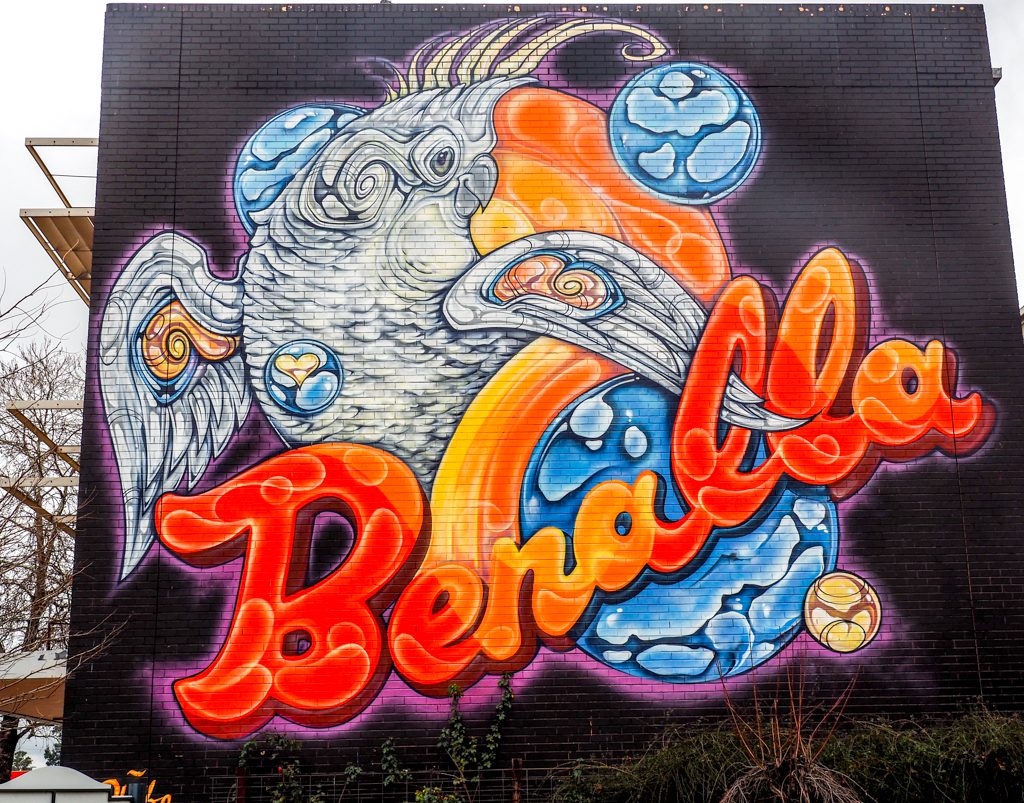 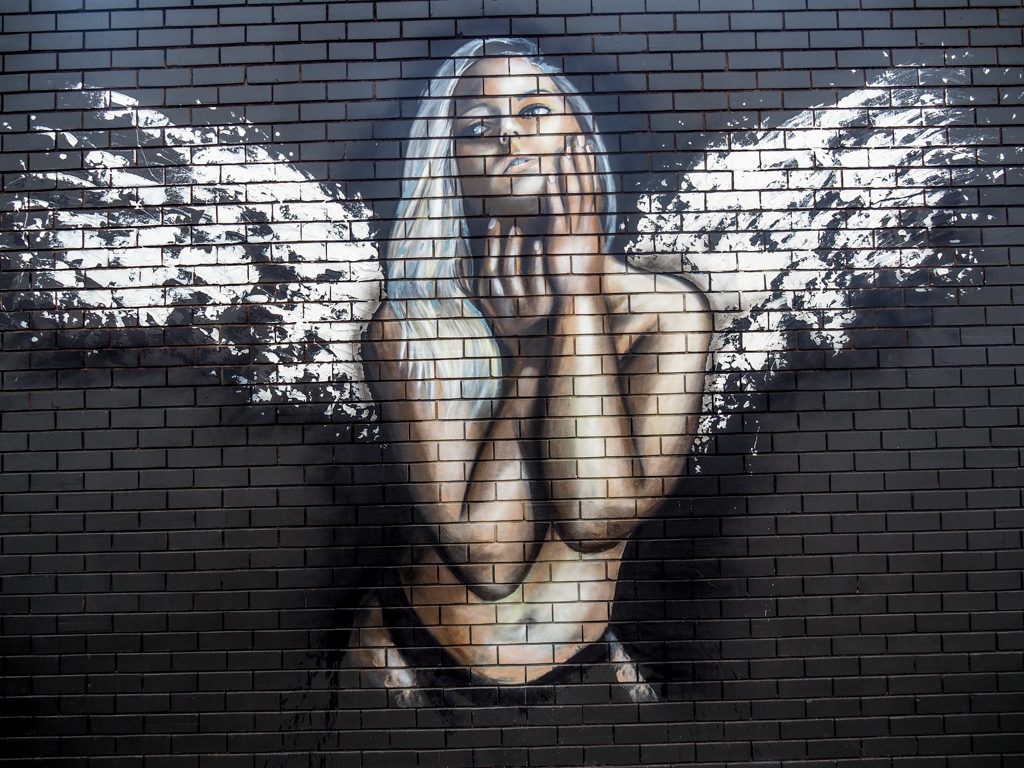 Finally a couple of images from the carpark under the Benalla Library: 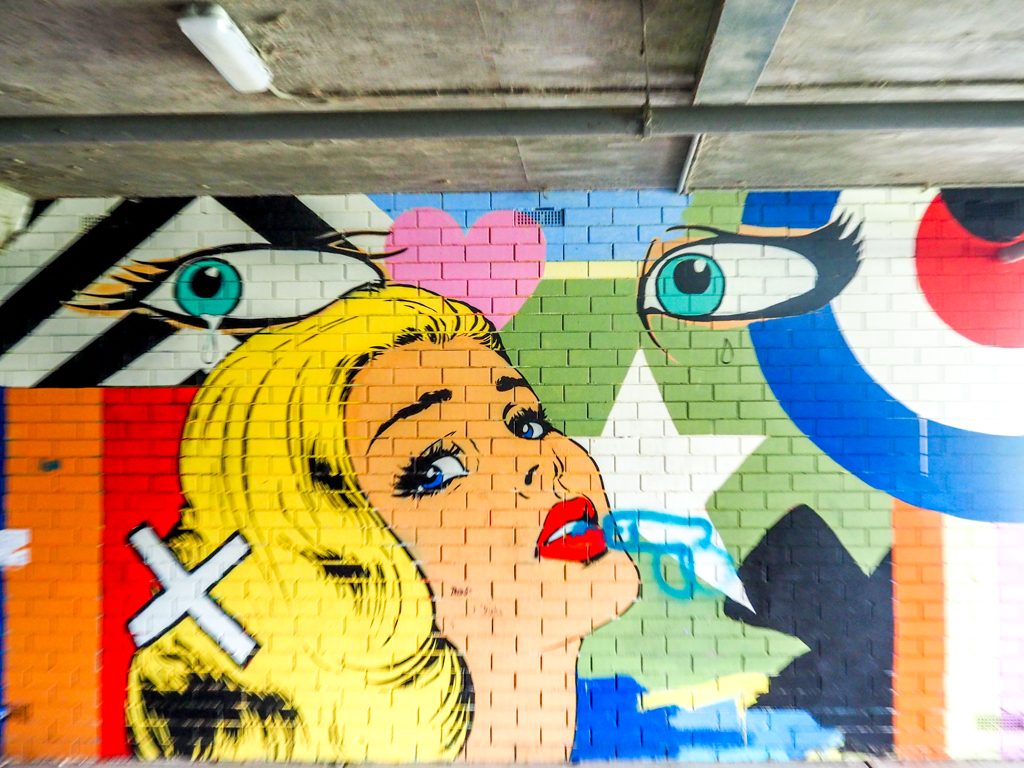 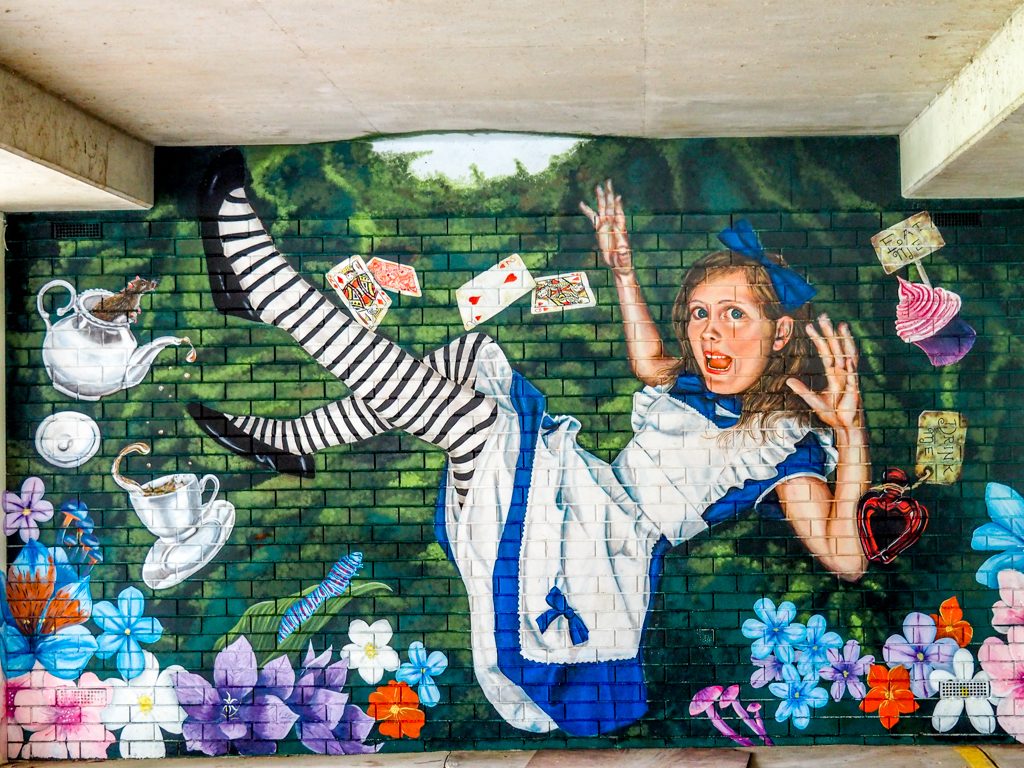 There are heaps more but these are the ones I liked best, so it is definitely worth a visit to Benalla.  I will be doing the nearby Silo Art tomorrow.