Wilmington is a very small town near Mt Remarkable National Park, east of Port Augusta. The central feature of the park is Alligator Gorge and the walk through it. It is a delightful walk with towering walls both sides and the gorge reduces in width to around 3 metres in a part called the Narrows. The path is rough with lots of rocks to clamber over or around. 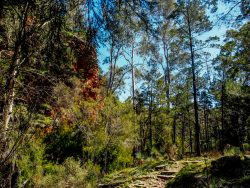 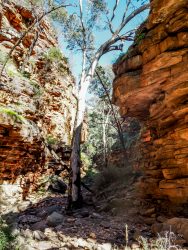 In one section water has formed the rock into flat terraces. Some of the flat rock have ripples in the surface, evidence of being formed under an ancient ocean. 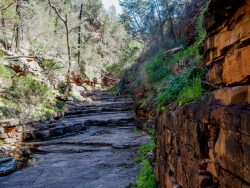 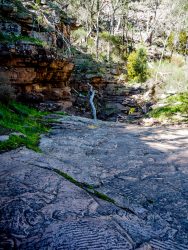 After visiting the terraces you retrace your steps and then walk through the narrows where the walls of the gorge are much closer. 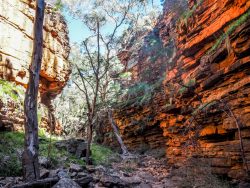 There are two other walks that lead to lookouts over the gorge that give an idea of the narrowness of the gorge. 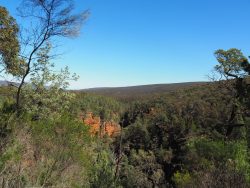 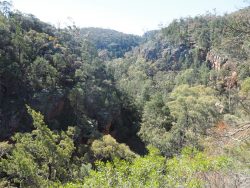 After the gorge walk I had a picnic lunch in the company of two couples who I invited to join me as the other picnic tables were full. As it turned out they were avid orchid hunters so we shared a lot of experiences. I was keen to find orchids on my walks as Marg and I had seen a number of orchids when we last visited here, and I was successful. These two orchids are Lady Finger Orchids, one blue and one pink. 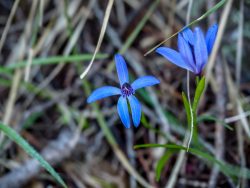 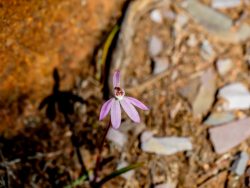 I was also able to spot a spider orchid, so I left the gorge a happy man. 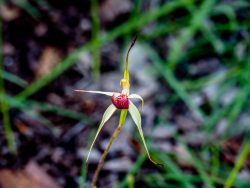 I packed a picnic lunch on Tuesday and set out for Hancocks Lookout where you can look over Spencer Gulf, Port Germaine, Whyalla and Port Augusta. It is a great view but the wind was howling and cold, so much that the tripod I was trying to use wobbled and even nearly blew over, so no panorama. So back to camp and a picnic at home. 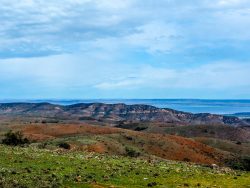 Next stop will be Kingston-on-Murray, an area of Australia I have travelled through many times but never stayed for more than an overnight stop.