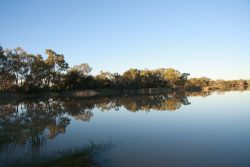 Copi Hollow was where I camped and Burke and Wills passed through Copi Hollow when they left Menindee. 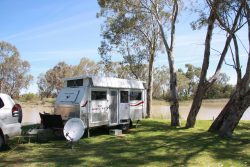 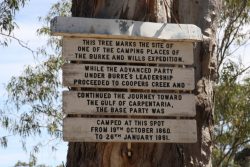 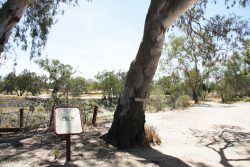 It was a long drive Wednesday from Menindee to Loxton, around 540 Km.  Stopped at a caravan park half of which was closed because of floodwater from the Murray, but the sunset over the river was very picturesque. 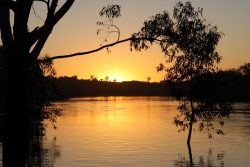 I have booked into a caravan park on Hindmarsh Island near the Murray mouth for a week, so it will be a time to relax.  Hindmarsh Island was the centre of a controversy a few years ago over the building of a bridge from Goolwa to the island.  Aboriginal women protested about building the bridge because of secret womens business.

Today I went for a walk in the Nurragi conservation reserve, which is a linear reserve that follows an old railway reservation for 12 Km.  The sign is on the old Nurragi Siding. 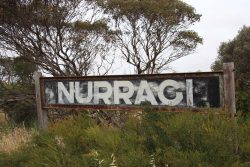 It preserves remnant vegetation of which only 2% remains in the area, the rest has been cleared.  I had enjoyable walks in several places along the reserve which would be great in spring when the wildflowers were out.  But even now there were quite a few flowers to see. 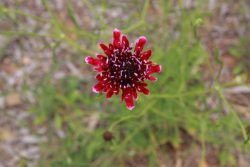 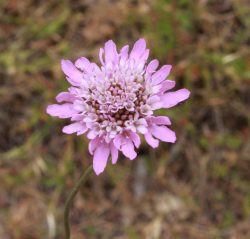 Along the way there were a number of Callistemons and some had a native creeper on them called snotty-gobble, how’s that for a name! 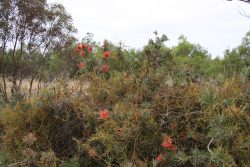 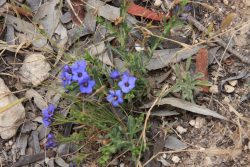 After the walks I went to Flying Fish seafood cafe in Port Elliot, it is renowned and the car park was full with about 80 cars, so I ordered take-away and enjoyed crumbed garfish and chips in a nearby beachfront park, washed down with some Tahbilk Chardonnay.  Way to go.